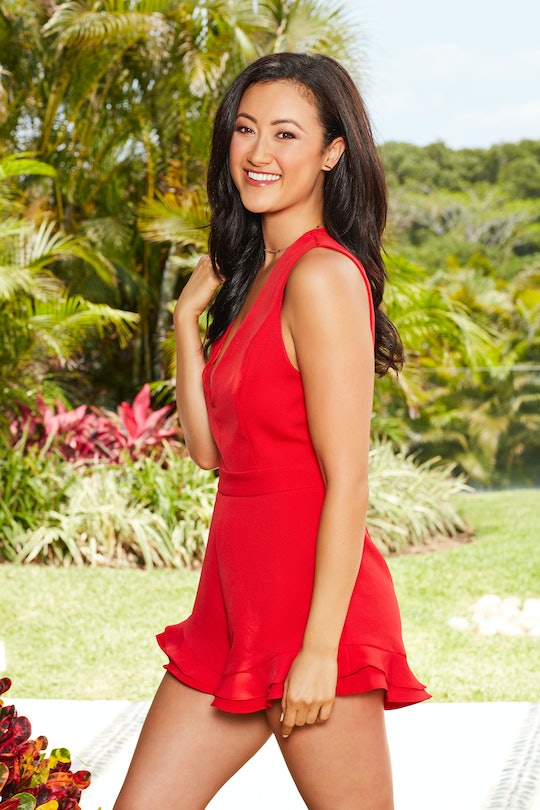 Apparently Sydney & Mike Broke Up On 'Bachelor In Paradise'

The last time I checked, Mike and Sydney had found found love in this hopeless place we call Bachelor in Paradise and they were destined to have a normal relationship for the rest of the season. Somehow, though, between the wedding and the newest arrival Monday night, they broke up. And when Sydney showed interest in Matt Donald, fans were left wondering when Sydney and Mike broke up on Bachelor in Paradise.

According to Sydney on Monday's episode, she just never got the spark with Mike she had been searching for with someone on Bachelor in Paradise. That's well and good, but it still doesn't explain how they split up or what led to the two cast members parting ways. Because it didn't make it into an episode, my guess is that Mike and Sydney's breakup was less dramatic and more amicable.

Let's be real here — no one necessarily wants to see a healthy breakup on a show like this. It sounds like that's what Mike and Sydney had, which freed them both up for finding new partners with whom they could find real sparks. Maybe Sydney can find with Matt what she has been looking for, but she and Mike are definitely over.

Mike and Sydney started off as one of the stronger couples this season. Amidst love triangles, love squares, and past relationships bubbling to the surface to bring the drama, Mike and Sydney were like a normal beacon of light. Unfortunately, their steady romance didn't equate to love or a lasting connection. But props to them both for seeing it early on enough to seek out other partners before the season ended.

It's still unclear if Mike will find love with Angela or if Sydney and Matt are going to be together after missing out on a golden opportunity to have their first kiss. They do seem to have broken up amicably, though. Because if they hadn't, then I'm sure it would have made its way into a recent Bachelor in Paradise episode.

The first clue that Mike and Sydney broke up was the non-reaction from her when he left for a date with Angela. If there was something still lingering between them, then I'm sure producers would have included a few standard soundbites to show viewers their relationship drama. But the thing is, there doesn't seem to be any drama at all between the two Bachelor in Paradise contestants.

To be fair, there is already enough going on between John Paul Jones, Tayshia, and Derek, and then Haley and JPJ, and Clay and Angela to devote more screen time to Mike and Sydney's relationship. All signs point to a healthy breakup that left both of them able to pursue other people, even if I don't totally see the sparks flying between Sydney and Matt.

If any fans are still shipping Mike and Sydney, there probably isn't enough time left in the season for them to find their way back to each other and fall in love. But if Sydney didn't see a future with him before and feel that wow factor she had hoped for, then they are likely done for good.

The good news is that two of the drama-free people in the Season 6 cast are still able to find someone without a dark cloud hanging over their heads for the remainder of the season. This late in the season, it might be hard for them to find anyone else to potentially get engaged to, but even if they leave Paradise after having a healthy breakup and with some relationship prospects, that's more than some contestants get.