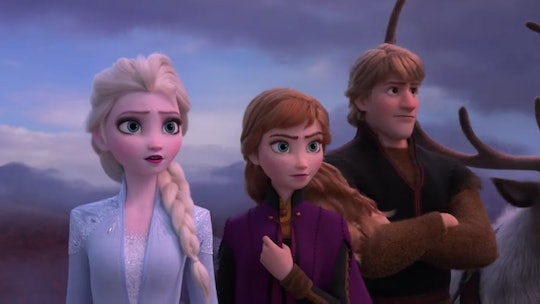 Disney fans have been waiting for the chance to Disney and chill for what seems like years now and soon, they will be able to. But since some may have legitimately been waiting a long time to watch every classic Disney animated movie in succession, they might be wondering when Disney Plus launches. The exclusive streaming platform will feature all of the Disney greats, along with the more recent films so you can get a little nostalgic or introduce your kids to something that is "B.F." As in, before Frozen.

The official Disney Plus Twitter account claims the platform will premiere in North America, Canada, and the Netherlands starting Nov. 12. This is perfectly in line with Disney chairman-CEO Bob Iger's March 2019 announcement that the platform was scheduled to premiere "later this year." There is already a countdown on the Disney Plus website to get fans amped for it's release.

Disney Plus will be going international one week later, premiering in Australia and New Zealand on Nov. 19.

As Disney movies have started to disappear from Netflix users' queues, they have been wondering more and more about what this means for streaming Disney content and when they might be able to build up movie queues with Disney movies exclusively. Thankfully, with Disney Plus, you will have access to hundreds of titles with the click of a button. Or the tap of a finger, depending on your streaming method.

Once upon a time, people had to wait for the elusive Disney vault to open for one of the classic movies to be released before the figurative vault was closed again for a few years. But Disney Plus will allow users to stream essentially any Disney movie they can think of without waiting for special releases. Iger did not give shareholders an exact launch date at the meeting, but he did reveal that Disney Plus will eventually feature a combination of Disney vault movies and newer content from both TV and theaters.

Plus (no pun intended), the streaming service will include several original films and television shows. Original content includes Marvel pieces like Loki, The Falcon and The Winter Soldier, and Hawkeye, all of which were announced during San Diego Comic-Con in July 2019.

"The service, which I mentioned earlier is going to launch later in the year, is going to combine what we call library product, movies, and television, with a lot of original product as well, movies and television," he said. "And at some point fairly soon after launch it will house the entire Disney motion picture library, so the movies that you speak of that traditionally have been kept in a "vault" and brought out basically every few years will be on the service."

Iger added that, like Netflix, Disney Plus will begin to produce exclusive content just for the streaming platform. There’s no word yet on if that means more Disney Channel-esque family shows or big budget movies, but either way, I’m sure Disney fans are already chomping at the bit.

Disney Plus will cost $6.99/month, which is significantly less than Netflix's lowest price point of $9.00/month. The platform is also said to include content from several different film studios and networks, such as Disney, Pixar, Marvel Studios, and National Geographic.

This article was originally published on March 11, 2019