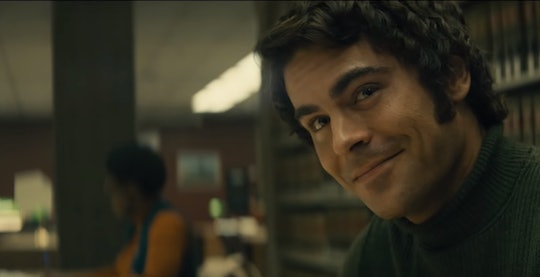 You might think that if you have seen one movie about a famous serial killer, you’ve seen them all, but Extremely Wicked Shockingly Evil & Vile is a little different than your typical true crime film. It tells the story of Ted Bundy and his heinous crimes through the eyes of his girlfriend, Liz Kloepfer, who now goes by Liz Kendall, and delves deep into his famous trial. But if you didn't see it at Sundance, you might be wondering when Extremely Wicked Shockingly Evil & Vile premieres. Although the film originally premiered at the Sundance Film Festival in January, it makes its worldwide debut on Netflix on May 3.

Before Bundy’s 1989 death by execution, he admitted to 30 murders, but the number is believed to be much higher than that. He was accused and convicted of kidnapping, raping, and murdering college women across several different campuses, all while he maintained a secret life that included Kendall and her young daughter. From 1973-1978, Bundy broke into homes or sorority houses, lured women by feigning an injury, or posed as a police officer in order to kidnap or murder his victims on the spot.

In the trailer for Extremely Wicked Shockingly Evil & Vile, a lot of emphasis is placed on the fact that in real life, Bundy was so charismatic and good looking that even those who sat in at his trials sometimes found it hard to believe that he had truly committed the crimes he was eventually convicted of.

Bundy’s victims were mostly females in their early '20s, but the final murder that he admitted to was 12-year-old Lynette Dawn Culver who he said he drowned in a bathtub and whose remains he claimed were in a river. However no evidence of her remains were ever found.

Although the movie does focus on some of Bundy’s crimes and his two escapes from police custody, it also paints a picture of his life with Kendall and her daughter, as the three formed a family unit while he was out committing these crimes, unbeknownst to Kendall. Years before Bundy’s execution, Kendall wrote a memoir titled The Phantom Prince: My Life with Ted Bundy in which she revealed that she went to the police at one point to secretly turn in Bundy but, at the time, they didn't believe she had the right man, and she went back home without telling him what she thought she knew of his crimes.

Extremely Wicked Shockingly Evil & Vile stars Zac Efron and Lily Collins as Bundy and Kendall, respectively, and they both recently spoke to E! News about taking on such important roles in the film. Collins said that she hopes viewers will understand how easy it can be for someone to be fooled by a charismatic and charming man who is also a psychopath. Efron said that he also hopes audiences can see how Bundy fooled so many people in real life.

"People that watched the trial, that were with him in prison, on his defense team, anybody who knew him growing up, they never had bad things to say about the guy. Not a single person," Efron said. "And all the way to the very end of his trial when he was finally found guilty, a lot of people still didn't believe it… it's kinda crazy."

This isn't the first movie headed by big stars to premiere on Netflix rather than in theaters. Bird Box, starring Sandra Bullock, was a Netflix Original film and its quality rivaled that of your average big budget movie theater horror film. And Paul Rudd and Selena Gomez starred in 2016’s The Fundamentals of Caring. But given how popular true crime has been in recent years, it’s not very surprising that Netflix nabbed the rights to exclusively stream Extremely Wicked Shockingly Evil & Vile starting on May 3.