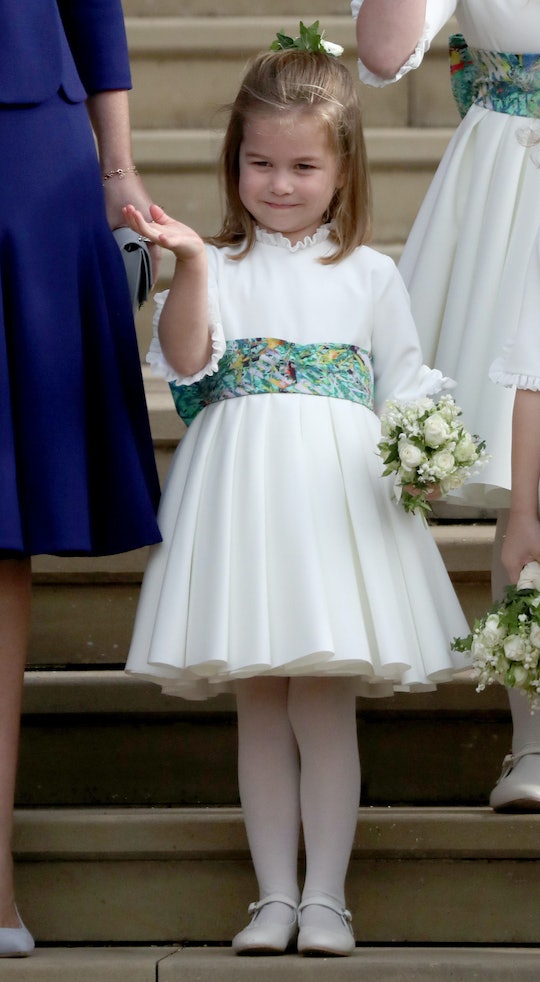 Fall is shaping up to be a season of change for the royal family. Prince George will be returning to St. Thomas's Battersea School in London, and he's bringing a familiar face along with him — his little sister, Princess Charlotte. The young royal is due to join her big brother at the prestigious school in a few short months, though she'll be in a younger grade, of course. The school has already said they "look forward to welcoming" the 4-year-old when school kicks off again after the summer holidays, but when exactly does Princess Charlotte start school?

Grades work a bit different in the United Kingdom than they do in the United States, but one thing is the same in American schools and across the pond: school starts up again in the fall, late August or September. Back in May, royal commentator Omid Scobie revealed in a tweet that Princess Charlotte will officially be a student at St. Thomas' in September 2019. "Princess Charlotte will join Prince George at Thomas's Battersea School from September this year, Kensington Palace have announced," Scobie shared on Twitter.

And, according to the school's academic calendar, classes for the year start on Sept. 5, so hopefully royal fans can expect some sweet back-to-school photos of Prince George and Princess Charlotte around then.

From the sounds of it, Princess Charlotte is pretty excited to start at her new school. In fact, Kate Middleton and her daughter recently visited the English countryside, on June 14, where they spoke with well-wishers, one of whom told People that Middleton "said Charlotte was looking forward to school" with Prince George.

Prior to beginning at Thomas's Battersea School, Princess Charlotte attended Willcocks Nursery School in London, according to Harper's Bazaar. Back in December 2017, Middleton and Prince William had announced that Princess Charlotte would be attending Willcocks, which said they were "delighted" that the Duke and Duchess of Cambridge chose their school, Kensington Palace share on Instagram at the time.

Princess Charlotte's time a Willcocks surely prepared her for kindergarten; according to the preschool's website, on an average day, students study reading, art, math, and science. They also participate in physical education and "role play." It's not all about traditional learning at Willcocks, however. The school's website touts plenty of time for free play, snack time, meals, prayer time, and singing.

As for Thomas's Battersea School, tuition is a bit more expensive, with a year for kids between 4 to 7 years old coming in at £6,429 ($8,047). Princess Charlotte's new school also boasts an impressive curriculum; according to the school's website, students experience "a broad and balanced curriculum," including courses in English, math, science, history, and French.

Hopefully Princess Charlotte is ready to hit the books this fall. Between learning, though, she's undoubtedly going to be one of the coolest kids on the playground. After all, she's an actual princess.