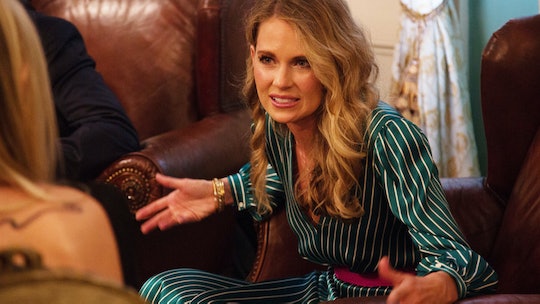 Forget Shep Rose For A Second — When Does 'Southern Charm' Season 7 Premiere?

As always, Southern Charm delivered all the drama in Season 6. From crushed friendships to surprising comebacks, the Charleston reality stars had an intense year, and it doesn't look like it's slowing down anytime soon. Now, with the highly anticipated season finale and reunion special just around the corner, fans are also looking into the future of the show. So when does Southern Charm Season 7 premiere? Unfortunately, the Bravo series has yet to confirm a seventh season, much less an air date.

Southern Charm previously revealed the Season 6 renewal in March 2018. Since fans are now past that date a year later, everyone is worried over Bravo's silence about the Southern Charm Season 7 renewal. However, it's still possible the popular reality show won't be cancelled. Recently, the network announced BravoCon 2019, a convention in New York City to celebrate the fans and "Bravolebrities," including the cast of Southern Charm. So while it's possible the network is waiting until the event to make any formal announcements in regards to the seventh season's renewal or official release date, it's at least a good sign to see the Southern Charm crew involved in some way.

That being said, if Bravo does renew Southern Charm for a seventh season, there's a good chance fans can already predict the premiere date. All you need to do is take a look at previous seasons.

Bravo tends to stick to a schedule when it comes to the release dates of their shows. For Seasons 1 and 2, Southern Charm made its debut on March 3 and March 16 respectively. The next three seasons began airing in early April. The network then shifted the Southern Charm schedule once again for Season 6, which premiered on May 15. So if Bravo wants to continue with the same program lineup as the sixth season, then it's possible fans will see the Southern Charm Season 7 premiere sometime in mid-May.

For now, the premiere date of the seventh season is entirely speculation. But no matter how you look at it, fans will have to wait for some time before Southern Charm returns. That is, if it's renewed by Bravo within the next few months. Nevertheless, fans still have the grand finale and reunion special to look forward to. And if there's anything I've learned from the reality series these past few years, it's that the cast knows how to put on a show.

The Season 6 finale, which airs on Wednesday, Aug. 14, has promised fans a showdown between Ashley Jacobs and Patricia Altschul, and even the cast was shocked to watch it all unfold. In a teaser clip for the finale, Bravo shared a glimpse of the upcoming confrontation as well as the cast's reaction.

"I can still feel the nightmares," Eliza Limehouse said in a confessional. Meanwhile, Cameran Eubanks described the altercation as "exciting."

"I mean, this is probably the most exciting thing that's happened in my life," she said.

So get ready. It's all about to go down.