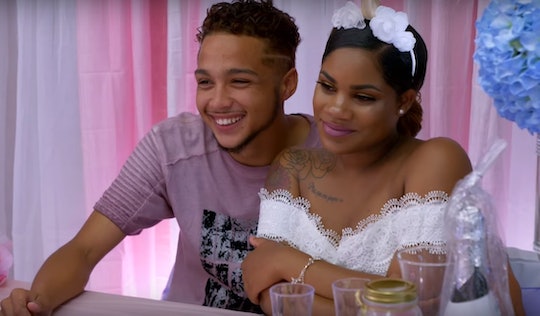 'Teen Mom: Young & Pregnant' Fans May Be Waiting A While For Season 2

I know I’m not the only fan of Teen Mom: Young & Pregnant who is absolutely immersed in all of the on-and-off screen drama that the young women of the show deal with in their lives. I also can’t be the only one wondering when Teen Mom: Young & Pregnant season two will premiere, because now that the show’s inaugural season has come and gone, it’s time to figure out if fans will get to continue to watch Ashley Jones and Bariki "Bar" Smith deal with Bar’s his sometimes intrusive mom Shenandoah "Shen" Williams, and where Lexi Tatman and boyfriend Kyler Lopez are going as a couple.

As of right now, there’s no official word on whether or not the show has been renewed or if it will even include the same batch of women next time. But if there is a second season of Teen Mom: Young & Pregnant, then it would probably premiere sometime in March 2019, since it initially premiered on March 12 this year.

There hasn't been any word either way, but it’s still totally possible that the Teen Mom series will return next year, especially since so many fans have become dedicated to this group of young women and their compelling stories. Of course the show could try its hand at a new batch of young moms, much like it's predecessor 16 & Pregnant, and stay with that formula moving forward. However, I definitely feel that these particular moms would be down for another season of the show -- as would the fans who have come to know and love them.

Recently on Twitter, fans have asked Lexi if she will be back or if the show as a whole will be returning. While she didn't reply to those particular tweets, she does seem to have a plan in place in case MTV decides not to renew the latest show in the Teen Mom franchise. "So me and Kyler actually want to do a live stream every Saturday just to talk about random things and life. You can catch us on it," she replied back to a fan on Twitter. On Monday night, she also tweeted, "And that’s a wrap. Thank you all for joining us for this season and wonderful experience. #YoungAndPregnant" after the season finale aired. It seems likely that even the cast doesn't know the future of the show.

Kayla Sessler, who has gained both fan sympathy and criticism for her on again/off again relationship with her baby’s father this season, tweeted about learning from her mistakes this season and thanked the fans for watching. Honestly, the tweet sounds kind of final, as in the show won't be coming back, so thanks for everything and see you on the flipside. Even if the cast doesn't yet know if Teen Mom: Young & Pregnant will be back for season two, that doesn’t necessarily mean that the network won’t renew it. We have to have faith in Morgan J. Freeman, the genius producer behind all things Teen Mom.

When a fan asked Kayla on Twitter if there will be a second season of Teen Mom: Young & Pregnant, she didn't reply, but her mom, Jaime Villacorta, first replied with a “shrug” emoji and then with, "Me too" when a fan said that they hope there’s a second season. So it's definitely safe to say that as of right now the fate of the show is up in the air. The good news is there's no shortage of fans who are more than ready to keep tuning in, and if the show comes back on its same schedule viewers can expect to see it premiere in March 2019.