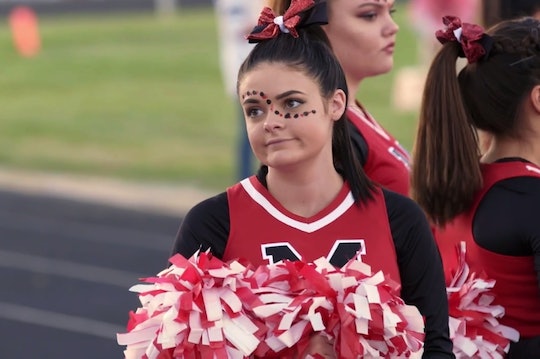 Meet The Youngest Member Of The 'Teen Mom: Young And Pregnant' Cast

MTV has decided to revamp the series that started it all, 16 & Pregnant, with Teen Mom: Young and Pregnant, which is dedicated to telling the stories of new, young moms. The new series premieres on March 12, but fans are already curious about this new batch of women, including the youngest of them, Lexi Tatman. So, who is Lexi on Teen Mom: Young and Pregnant? Although other moms in the new series range in age from 18-20, which is still young by any standards, Lexi and fellow castmate Brianna Jaramillo are both 17, which makes them literally teen moms and the youngest in the upcoming MTV show.

As to be expected, there’s a lot more to Lexi’s story than simply being a young mom, since she’s also embarking on motherhood for the first time during her senior year of high school. As seen in the trailer for Teen Mom: Young and Pregnant, despite being very far along in her pregnancy, Lexi is determined to make the most out of her final year of high school, complete with continuing to perform as a cheerleader and trying to earn her diploma.

The trailer also shows the close bond she seems to have with her mom and her mom’s subsequent disappointment that she had an unplanned pregnancy. Even though Lexi got pregnant by her longtime boyfriend of four years, Kyler, she’s still just 17 and not even out of high school yet, so understandably, that’s going to create some tension at home.

In Lexi’s casting tape for Teen Mom: Young and Pregnant, she says that her family is one of perfectionists, in a way, and that "there is no failure." That’s where her tenacity likely comes from in maintaining her goals to make a life for herself and her baby after school is over. But as a 17-year-old high school student, Lexi, who was once surrounded by friends, feels like she's on the outside looking in as far as her peers are concerned.

She’s also from a small Colorado town, where word travels faster than it might in a larger city or metropolitan area, which puts even more pressure on the new young mom to not only be a strong mother, but to also make and achieve goals for herself after her baby is born.

On what looks like it might be Lexi’s former baby registry, she has the due date of her baby listed as November 2017, so in real time, her baby is less than four months old. This means that the new show in the Teen Mom franchise followed her story for a good portion of her pregnancy and then the early stages of being a new mom, much like 16 & Pregnant did so many years ago.

At one point in the trailer for Teen Mom: Young and Pregnant, you see both Lexi and her own mom crying about where her path has taken her. Coming from what seems to be a close-knit and loving family, Lexi’s pregnancy was probably as much of a surprise to them as it was to her at the time. While some of the women on this new MTV series are on the brink of adulthood, Lexi is at a point where she’s still a teenager, but is being thrust into adulthood, which will definitely come with its own set of challenges. Fans will see Lexi face some of those obstacles head on when Teen Mom: Young and Pregnant premieres on Monday, March 12.