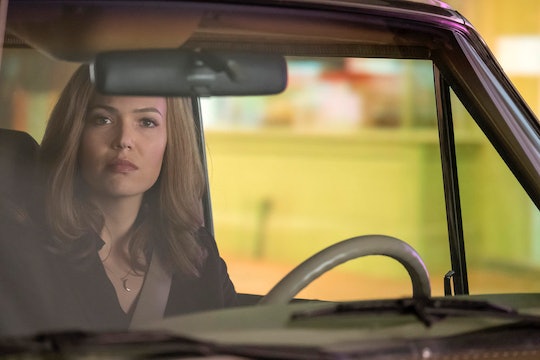 Here's When You Can Expect 'This Is Us' To Return

Finding out that your favorite show is on hiatus or even on a short break is never good, especially after a couple of monumental episodes like the ones This Is Us has delivered. Unfortunately, fans are going to have to go without their favorite show for a little while after Tuesday's episode. But when does This Is Us return exactly? The Winter Olympics is putting the Pearson story on hold for two weeks, but I think we could all use the breather after the heaviness of the recent episodes.

Since the Olympics run from Feb. 7 through Feb. 25, This Is Us will likely return that following Tuesday on Feb. 27 with new episodes. Sadly, though, these will be the final three episodes of the season, as Season 2 was announced to have a total of 18 episodes. Honestly, things could have ended with Jack’s death in the fire and it would have still been a full season, but it seems there are a few more things viewers need to know before the second season comes to a close. Perhaps it'll help to set things up for Season 3 in a big way. Maybe the writers will introduce a new mystery. Of course, that’s not before Tuesday’s episode "The Car," which will be flashback-heavy to bring all kinds of feels so soon after fans dealt with the official loss of Jack. This episode will undoubtedly show how the family handled the immediate aftermath of his death.

Normally, the Olympics wouldn't necessarily interfere with television programming on any network, but since it will airing on NBC, the same network that’s home to This Is Us, the tear-inducing drama will be put on hold for two weeks while the Winter Olympics play out live from PyeongChang, South Korea. According to IMDB, This Is Us will return on Feb. 27, which means the final two episodes will debut on March 6 and March 13, respectively.

Although Jack is officially dead — or rather viewers have finally seen his death play out — there’s nowhere to move but forward. Of course fans will still get Jack in flashbacks, but with the big mystery out of the way, there’s still so much to look forward to with the present day characters and where they’re going. This could mean some big plot developments in the final three episodes of the season once This Is Us returns from its two-week break.

Following the reveal of Jack’s death and the new future timeline featuring an adult Tess and older Randall, creator Dan Fogelman spoke to Deadline about where the show is headed now. "We show a new timeline, in the future, which is extremely exciting for a show that plays in time and has until now played in the past/present," he revealed. "But there is other stuff coming, too… there is a plan for the show, there always has been, we aren’t just shooting from the hip."

He also said that although there are just a few episodes left to the season overall, "it’s safe to say the future can play a big part in seasons to come," which is exciting, especially if it means more mysteries and plot twists which the series has become known for.

From here, there’s still a lot to learn about not only the future of everyone in the Pearson family, but also for Jack, whose death doesn't mean that Milo Ventimiglia is gone from the show. When This Is Us returns on Feb. 27, viewers will get to see the final three episodes of the season. But before the season is over, there’s still plenty to resolve. And overall, the future of This Is Us is more promising than ever.