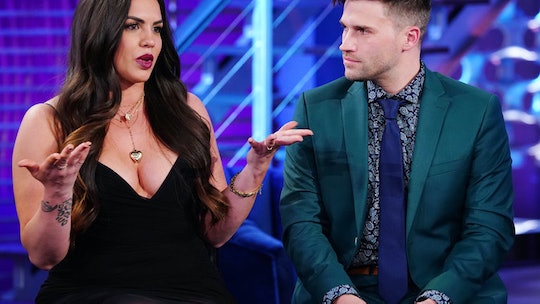 It's Not About The Pasta — It's About 'Vanderpump Rules' Season 8

Candid moments, nasty arguments, and wedding talk — oh my! Season 7 of Vanderpump Rules wraps up on May 20th with its epic reunion special. And yes, the drama will certainly last a lifetime — or at least until the Bravo reality series comes back for another season. But when does Vanderpump Rules return for Season 8? It looks like fans will have to wait a little longer before their favorite SURvers are back onscreen.

As of this write-up, Vanderpump Rules has yet to be renewed or cancelled for an eighth season. So at this point, it's impossible to confirm the Season 8 premiere date. That being said, a few members of the Vanderpump Rules cast have already hinted at some drama in the upcoming season. Speaking to Too Fab, Scheana Shay opened up about her relationship with co-stars and fellow SURvers Stassi Schroeder, Katie Maloney-Schwartz, and Kristen Doute.

"We're all in a really good place, which feels good because it's been a long time since we've all gotten along at the same time," Scheana shared. "There's usually one person on the outs, and when we're all getting along we're just like, 'Is this the calm before the storm?' Season 8 — I don't know!"

Meanwhile, Jax Taylor and Brittany Cartwright's wedding date is set for Summer 2019, which is likely when Vanderpump Rules will be filming Season 8. In an interview with E! News, Brittany teased that it's possible that fans will get to see her walk down the aisle, given a Season 8 renewal.

"Well, let's just say that it probably will be," Brittany said. "We’re hoping to get picked up again. We don’t know, so that has to happen first.”

However, in the same interview, Jax revealed that they are still on the fence about filming the wedding for the show.

That being said, if Vanderpump Rules does get picked up for an eighth season, the Bravo series will likely return in early December. That is, if the network decides to follow through with the traditions of Seasons 6 and 7, which premiered on Dec. 4, 2017, and Dec. 3, 2018, respectively. If Pump Rules does continue this trend, fans will see a Season 8 start date of Dec. 2, 2019.

Of course, all of this is speculation. Some fans might remember that Vanderpump Rules Seasons 2-5 all began airing in early Nov. So clearly, patterns can be broken when it comes to Bravo. Nonetheless, fans will just have to hold on a little longer — but hopefully not too long. The network announced renewals for their Fall 2018 lineup in Apr. 2018. And now that it's May, it's possible that Bravo will reveal which programs made the cut any day now.

I know you can't wait to see what's in store for your favorite SURvers on Vanderpump Rules. But the Season 8 premiere date is still up in the air. So until Bravo makes an official announcement, just sit back and enjoy the rest of Season 7.