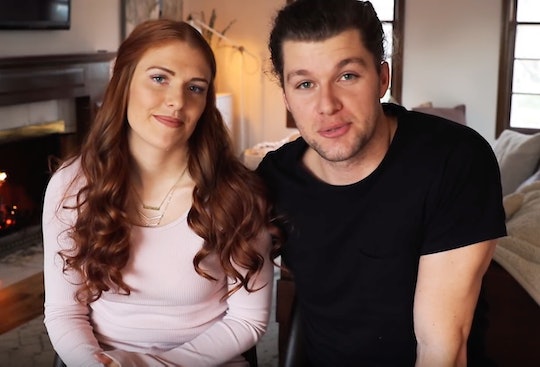 The Little People, Big World family is about to get a little bit bigger. On Monday, Audrey and Jeremy Roloff announced that they're expecting their second child together and fans couldn't be more excited for them. The pair welcomed their first baby, a little girl named Ember, in 2017. Now, the nearly 2-year-old is about to be a big sister. In fact, Audrey revealed in her post that her second child will be here in just a few months, which came as a shock to fans. Until her big reveal, no one knew she was expecting. So when exactly is Audrey Roloff due with her second bundle of joy?

More Like This
Anderson Cooper Celebrated His Birthday With A New Adorable Photo With His Son Wyatt
20 Candid Photos Of Queen Elizabeth With U.S. Presidents Over The Years
Angela Kinsey's Daughter Dressed As Her Character From 'The Office' & Wow, The Sass!
Kate Middleton Talked About Baby Lilibet & Fed Some Rabbits While Meeting Jill Biden

Audrey shared the exciting pregnancy news on Instagram, posting a photo of herself, her husband, and their daughter together. Jeremy appears to be holding a sheet of ultrasound photos in the picture, while Audrey holds Ember in one arm and cradles her bump with the other. The TLC personality revealed that their second child will be here in January, meaning she's about three months along in her pregnancy with six months to go.

Audrey didn't reveal, however, whether the child would be born in the beginning or end of January, so fans will just have to wait and see. Audrey said that she and Jeremy are "grateful and excited" for what the future holds for them and their family.

"Baby #2 is coming in January!!!! Ember is gonna be a big sister!" Audrey captioned her Instagram post. "We are so grateful and excited for this little blessing to join our family."

In the days leading up to their pregnancy announcement, Audrey got candid about how difficult her relationship with Jeremy has been. According to People, she admitted on the social media platform, "We fight, struggle, cry, and face challenges just like anyone." Audrey shared that the last few weeks specifically had been full of "long tearful conversations" and "hurtful remarks." She made a point, as People noted, to remind fans that Instagram only shows followers what the poster wants you to see.

"We fight, struggle, cry, and face challenges just like anyone," Audrey captioned the post shared last week. "I'm saying this here because if you look at my Instagram feed from the past 3 weeks you don't see the long tearful conversations, the hurtful remarks, the compiling complaints, the critical spirits, the prideful inner dialogue, or our unloving and disrespectful attitudes. You don't see the full picture."

It's unclear what the cause of all the contention was — regular relationship highs and lows, baby stress, or something else. Audrey and Jeremy have always been open with fans about their struggles, even writing them into their book, A Love Letter Life.

Despite some rough patches, Audrey and Jeremy have always found a way to stay strong together. The couple is focused on their family, and has been since it began in 2017. In April, Audrey and Jeremy revealed to In Touch Weekly that they "definitely" wanted to start thinking about having more kids. "We'd like to have more kids," Jeremy told In Touch Weekly, with Audrey adding, "Yeah, we've always wanted to have a big family... We definitely want to have more kids. We'll take them one at a time, but we are totally on board. Lord willing... We don't want to put a number on it. But we'll take them one at a time."

Of course, their fans can't wait to meet Audrey and Jeremy's new bundle of joy, who will be here before you know it.