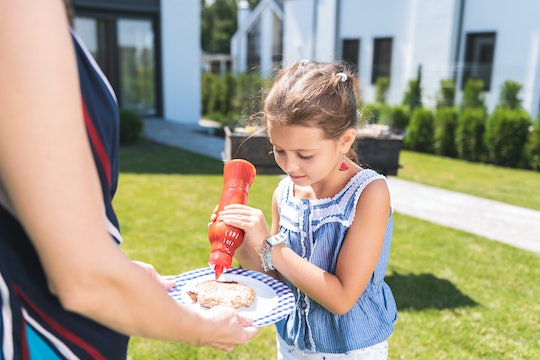 Wait, How Is It Practically Labor Day Already? The Holiday Is Creeping Up Fast

Even though it feels like it was just Memorial Day, the truth is that Labor Day weekend is right around the corner. It's kind of a bummer, because even though the summer isn't officially over until several weeks into September, everybody knows that Labor Day weekend signifies the end of carefree days and the start of the school year (and all the responsibilities that come with it). So when is Labor Day 2019, exactly? Because you should probably start planning that barbecue now.

In case you never noticed, Labor Day is always held on the first Monday in September, as The Old Farmer's Almanac explained — and this year, that just happens to be on Monday, September 2, 2019. So even though autumn doesn't technically kick off until a few weeks later, on September 23, you can expect the back-to-school season to be in full swing on September 3.

Of course, in many areas of the country, kids go back to school weeks before Labor Day, but the "summer" mindset doesn't truly switch off for the culture at large until August is over. It's like the old song goes: See you in September/See you when the summer's through... "See you in mid-August" just wouldn't fit. But even if Labor Day is now primarily associated with this transition out of vacation mode, the holiday started out as something very different.

While the very first Labor Day was celebrated over a century ago, there's still a question as to who founded the holiday, according to the U.S. Department of Labor. By some accounts, Peter J. McGuire, a co-founder of the American Federation of Labor and the general secretary of the Brotherhood of Carpenters and Joiners, was the first to propose a day honoring those "who from rude nature have delved and carved all the grandeur we behold."

More recent research, however, suggests that machinist Matthew Maguire conceived of the holiday in 1882 while serving as secretary of the Central Labor Union in New York, per the National Museum of American History. (Maguire would later become the secretary of Local 344 of the International Association of Machinists in Paterson, N.J.) Either way, the Central Labor Union did adopt a Labor Day proposal, appointing a committee to plan a picnic and demonstration. The very first Labor Day holiday was celebrated in New York City on Tuesday, September 5, 1882 (the first Monday in September wasn't selected for the holiday until 1884).

Originally, Labor Day celebrations were supposed to include a street parade to demonstrate "the strength and esprit de corps of the trade and labor organizations" of communities, "followed by a festival for the recreation and amusement" of workers and their families, per the U.S. Department of Labor. And though many towns and cities still hold annual Labor Day parades, the focus of the holiday has shifted. It's still a way of celebrating working people, but mostly by giving them the day off so they can have one last cook-out. Not-so-fun fact: Back when Labor Day first started, people really needed that day off: In the late 1800s, "the average American worked 12-hour days and seven-day weeks," as reported by Forbes, and kids as young as 5-6 years old worked in mines and factories.

So maybe when you're firing up the grill this year, take a moment to remember the extremely hard-working people who inspired the creation of Labor Day. Back-to-school can be rough, but sending your kid off to the mines must have been a lot worse!

Edit note: This post has been updated from its original version.

This article was originally published on Aug. 15, 2018