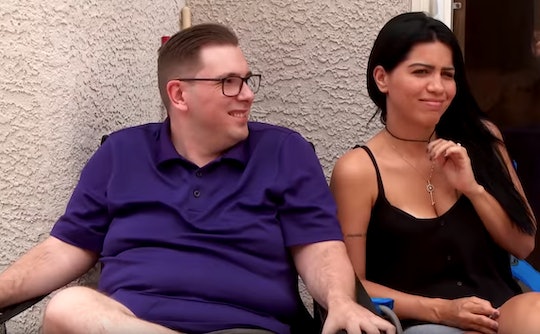 TLC’s reality series, 90 Day Fiance, follows six young couples during their 90-day K-1 visa process, as they get to know their fiances and decide whether or not to get married. Fans dove right in to Season 6’s riveting engagement stories, but with only a handful of episodes left, they’re already looking forward to the next season. So when is Season 7 of 90 Day Fiance going to drop?

As of now, there is no official release date for Season 7, but if TLC follows its past release schedule for the series, it may be awhile before you see another season. From the second season onward, each installment of 90 Day Fiance premiered in the months of either October or September, so Season 7 will likely see a premiere in or around October of 2019.

Luckily, for now, you still have the rest of Season 6 to watch, and there’s no doubt that this has been one of the most fascinating seasons of the series to date. On the Dec. 16 episode, Kalani and Asuelo just found out that they are pregnant with their second baby. Kalani already has her hands full with her young child and she’s unsure if she wants to marry Asuelo, so this pregnancy news was hard for her to take. “It’s not good timing right now,” she said in the episode. “I feel like I’m not even as good of a mom as I should be now and now I’m going to have another baby to take myself away from my baby even more. I just feel even more overwhelmed than I already did and I’m so sick of disappointing my family.”

Colt and Larissa spent most of the last episode fighting. After spending two hours to get ready for a double date, Larissa blasted Colt for not giving her a compliment and he was furious that she blew up on him in front of is friends. “I can’t live with someone unreasonable like that,” Colt said on the episode. “If she’s unhappy with me, she has to go.” Eventually he caved in and gave her a long list of compliments, but with all their daily arguing, it’ll be interesting to see if the two end up getting married.

Ashley and Jay are still dealing with interference from their friend Natalie, who keeps insisting that Jay is cheating. I don’t know whether she’s being a loyal friend or a saboteur, but it looks like Ashley and Jay are getting tired of her constant drama. “I’m seriously over her being so over dramatic about everything,” said Ashley, with Jay recommending she call the cops to get Natalie out of their lives.

Jon and Fernanda, possibly one of the most promising couples this season, are also going through some issues. When Jon met a friend after work, Fernanda got upset that he left her all alone at home. She started packing her bags, telling him that she has no one in America but him, and that he shouldn’t leave her by herself. “He doesn’t understand how much I need him here, he doesn’t understand that I’m alone,” Fernanda said. “I just want to come back to my home with my mom, with my friends. I feel like I don’t belong here.”

Leida and Eric are also going through a rough patch. In the last episode, Leida threw Eric’s daughter, Tasha, out of the house. While the situation was tough for Eric, he sided with Leida in fears that she would leave him. Leida was defiant about her decision, and said that the most important things in her life were Eric and her son, so she didn’t care what Tasha or Eric’s ex, Tania thought.

While Leida was throwing Eric’s daughter out, Steven was plotting to take his baby from Olga. He has been working to get his baby an American passport, but Olga was fearful that he may not be working on her immigration as diligently. When he mentioned the possibility of taking the baby to America without Olga, she was terrified. “I worried about if my K-1 visa is not approved he thinks he can take the baby to America,” Olga said on the episode. “It will destroy me. I think it will be the end of my world.”

So, even though you may have to wait a year for Season 7 of 90 Day Fiance, you still have all the twists and turns of Season 6 to keep you satiated. It will be interesting to see which couples end up walking down the aisle this season, because for now, the outlook seems pretty bleak.