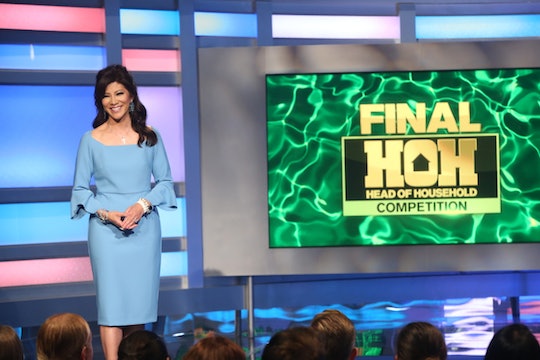 Big Brother's running theme is to "expect the unexpected," but I don't think anyone could have predicted a showmance would make it to the final three. Holly and Michie were both part of the first powerful alliance of the season and they continued to work together to cement their places in the final four. Somewhere along the way, Nicole woke up and emerged as a strong competitor herself and now the final three get to battle it out to see which one will take home $500,000 when the Big Brother 21 finale airs on Sept. 25 at 9:30 p.m. ET on CBS.

Cliff and Nicole beat the Big Brother odds by being part of the final four. They were underdogs midway through the season and Cliff was even a part of Camp BB at one point. Then, he rose up and took Nicole along with him and they managed to assert themselves individually and as a team. The only thing that could have gone wrong was taking a showmance to the final four, which they did. They had the chance to swap out Holly for Tommy, but in the end, they stuck to their word and kept Holly around, much to Michie’s relief.

The trouble with showmances on Big Brother, however, is that most of the time, they act as one cohesive unit. Taking a final two to the end is one thing, but when you knowingly support the game of a solid showmance, it could be detrimental to your own game. Holly and Michie have glided to the top and it’s where they could very well remain going into finale night.

Cliff saw that firsthand when he was taken out and now, Nicole has to beat both parts of the Holly and Michie showmance in the final competition of the season. It’s a lot to take in and the second and third parts of the final Head of Household competition will go down on the Big Brother 21 live finale.

Although Michie has said on more than one occasion that he didn't go on Big Brother for romance or anything other than the grand prize money, he has remained loyal to Holly and their showmance. In the end, however, if they are the final two houseguests remaining, it will be up to the rest of the players in jury to decide who wins and who takes home the second place prize of $50,000. Right now, Michie and Holly stand to walk away from the show with a combined $550,000 and it has been a heartbreaking realization for Nicole fans.

Michie hasn't been the most liked houseguest this season and he has made plenty of mistakes along his way to finale night. But he also played a game that other houseguests seem to respect. For that reason alone, he might get the majority of the votes when it comes down to it. If he ends up next to Holly in the final two, he stands a good chance at winning.

If Nicole is sitting next to him, however, she could easily snag some of those votes for herself. She was much more personable and less ruthless this season, despite playing a strong social and physical game herself. Michie’s showmance with Holly and the fact that he might not win enough jury votes if pitted against Nicole are all he needs to know that he could never take Nicole to the final two if he has the opportunity to choose.

Right now, the final HOH competition could still find Nicole next to Michie in the final two, but the way it’s looking, a showmance is set to win both the first and second prizes this season. I don't know whether I should laugh or cry, because finale night is definitely going to be a roller coaster of emotions.