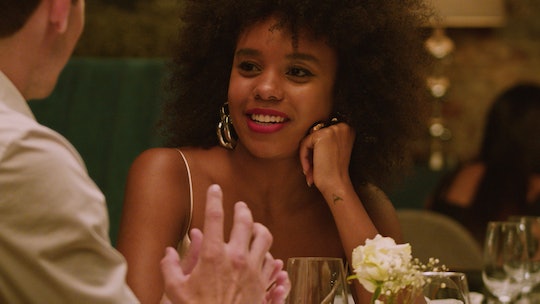 When Was 'Dating Around' Filmed? An Investigation

In the summer of 2018, Netflix promised a deep dive into unscripted television — and they certainly delivered. Viewers learned how to clean up their homes in Tidying Up with Marie Kondo, how to laugh at their disastrous kitchen creations in Nailed It!, and how to be a little more fashionable – and inclusive – in Queer Eye. Now, viewers are learning how to navigate through today's modern dating scene in Dating Around. Released just in time for Valentine's Day weekend, Netflix's latest venture into dating reality television has fans obsessed and digging into every detail, including when Dating Around was filmed.

On Feb. 5, Netflix released the first trailer for Dating Around, and it became abundantly clear that this was going to be nothing like The Bachelor formula that dating reality fanatics were used to. Of course, this was completely intentional. Executive producers Chris Culvenor, Paul Franklin, and Alycia Rossiter wanted their Netflix Original to give viewers a taste of an authentic dating experience in New York City, one that didn't make it into a competition with a proposal at the end.

Instead, their format is simple. Each 25-minute episode follows a single who goes on five blind dates. The couples will get a drink, have dinner, maybe even a nightcap, and then choose whether or not to go on a second date. It's an easy, no strings attached, dating show. That being said, the hard part of Dating Around was finding the right people to be involved.

Dating Around was first pitched in the fall of 2017, after Culvenor and Franklin decided they wanted to focus on modern dating. In Jan. 2018, they hired Rossiter, who just so happened to be a former executive producer on The Bachelor franchise.

"We just got on the phone and talked about what the big exciting vision that Chris, Paul, and I were on one mind about, which is how do we find a group of people who are non-traditional daters on television," Rossiter tells Romper. "They’re normal daters in real-life, but they’re not really who has been focused on in a lot of tv shows. And really, we didn’t know exactly how to define that but it was almost people who would be more reluctant to go on television."

Then the trio worked with a casting company out of New York City to hunt for the perfect candidates who weren't already represented in modern television, including individuals who weren't straight or millennial.

"The casting company helped us find people who are queer in New York and somebody who was over the age of 45, which is old for television," Rossiter explains. "I remember saying, 'when I say I want an older group of people, I don’t mean that they are 32 years old.'"

Like all good things, casting for Dating Around took some time. "We took our time," Rossiter says. "We cast for four months and began filming in Jun. 2018."

Then each single had the opportunity to date around. "Every lead dater worked with us for one week," Rossiter explains. "And the course of that one calendar week, they met a handful of strangers and decided who they wanted to take on a second adventure."

However, while each dater had a week to film, this was not a round the clock situation.

"Everything happened after dark," Rossiter reveals. "We tried to make it feel like a normal date. In production, nobody likes nights, but it’s more normal for people to meet when the sun is down after work. We thought that a drink and dinner felt ordinary and we were trying to celebrate ordinary."

In Dating Around, there are no extravagant dinners where no one seems to eat, nor constant filming that goes well into the next day. Instead, viewers get to see real people experiencing real dates — no matter how awkward or exciting. From the cast to the events that happen onscreen, Dating Around is ordinary — and that's exactly what makes it extraordinary.

Dating Around is now streaming on Netflix.