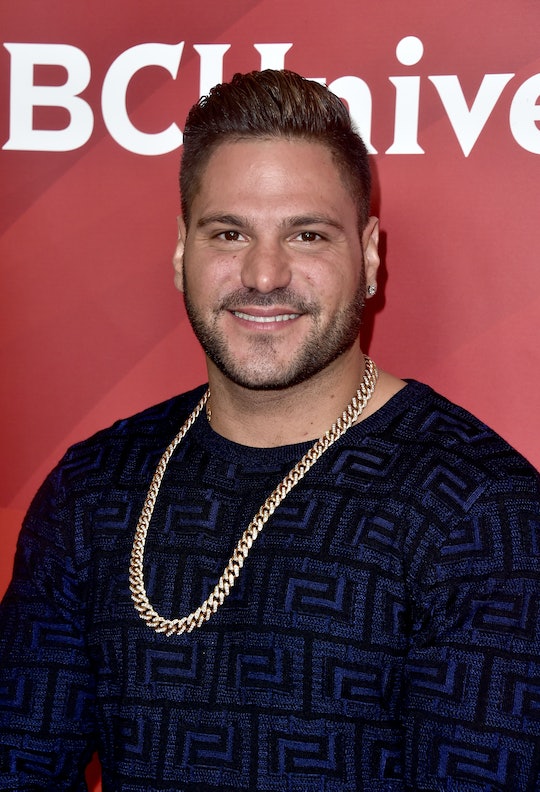 It wouldn’t be Jersey Shore: Family Vacation without some seriously bananas drama between Ron and his baby mama (and on again/off again girlfriend), Jen Harley. Amid one of their many fights, Ron received a phone call from Jen in the middle of the night to let him know that their home in Las Vegas had been robbed while Jen and their daughter Ariana were home. But when was Ron’s house robbed on Jersey Shore: Family Vacation? Despite having blocked Jen on his phone up until that point, Ron was ready to hop on a plane and check in on both her and their now eight month old baby girl.

Although the timeline can get a little hard to follow each season, with the sporadic breaks and influx of drama at any given time, Ron’s house was likely robbed in August 2018. Although the incident didn't occur until the back end of the episode, the cast also held their fundraiser for Leukemia around the same time. And, according to the Jenk’s website, the fundraiser was on Aug. 3, so that would mean the alleged robbery took place around the same time this summer. How credible the robbery was, however, is still up for debate among the cast and fans alike.

As soon as Ron got the phone call from Jen on the Jersey Shore: Family Vacation season finale, his fellow cast mates cried foul on Jen’s claims of a burglary. According to Jen, someone had broken into their Las Vegas house while she was sleeping with her infant and a friend’s child were also inside the home with her. But when Ron explained this to the rest of the cast, they weren't having it.

Angelina said that it was suspicious that the home invader had allegedly only stolen Jen’s phone and her friend’s laptop, while Pauly D told the rest of them, "Jen is up to no good, because the last time I talked to Ronnie, he had blocked Jen. I think she's just doing this to get Ronnie to talk to her."

Mike told the camera, "This whole situation with Jen is crazy. There is a calamity or crisis once a week, like clockwork." I mean, he’s not wrong. There does seem to be so much drama between the couple that it’s been hard to keep up with where they stand from one week to the next. Let’s not forget that at the beginning of the season, Ron was speaking with attorneys about custody and now in real time, he and Jen just posted family Christmas photos in matching pajamas.

Whether or not the robbery was legitimate or a rouse created by Jen to get Ron’s attention at a time when they were on the outs, she took to her Instagram Stories recently to set the record straight. "Four of my neighbors got robbed that night," she wrote. "I [woke] up to a man in my house with my daughter there and my friend's 14-year-old daughter." She added that what happens is no one else's business and that she didn't know her conversation with Ron would be broadcast at the time. "That situation was very real and I don't even feel like I should have to even explain this to anyone, [as if] it's anyone's business. So FU to all of you who want to call me a liar and talk sh*t over something [horrible] that happened to me that's out of my control."

Since then, Ron and Jen have continued to make up and break up in the same nonsensical pattern they’ve had for their entire relationship so far. The home invasion could be part of what helped them make up at that time and made for another blip on the messy map of their relationship.