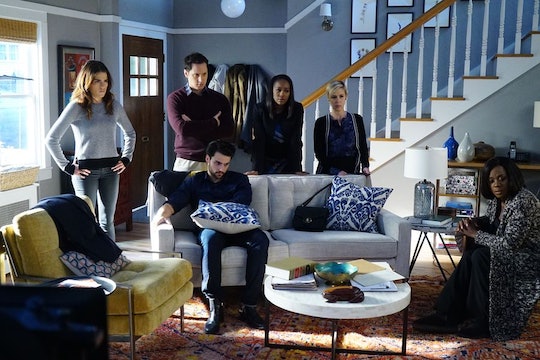 Watching a season of your favorite show come to a close is never easy since that usually means there will be a lot of waiting in your future until more episodes come around. Thankfully, though, Netflix allows you to watch past seasons of various shows, so that you can relive the excitement all over again. So now that a certain beloved ABC series has come to a close for its third installment, many viewers are probably wondering: when will How to Get Away With Murder Season 3 be on Netflix?

The finale only just aired, but fans won't have to wait long to enjoy it all over again or for new fans to get caught up on all the latest drama. In addition to the many movies and TV shows coming to Netflix in March, How to Get Away With Murder Season 3 will hit Netflix on March 23. The season ended with (spoiler alert) Wes' killer being revealed, as well as the twisted storyline that somehow involves Laurel's dad in the whole mess.

It also left Annalise and Frank out of prison and Annalise being super candid in an AA meeting. Naturally, fans will want to rewatch Season 3 of HTGAWM if only to make more sense of the craziness that ensued in the finale alone. But just in case you know of some friends who need some Annalise Keating in their lives, now is the time to get them hooked.

Although Season 3 of HTGAWM will be on Netflix on March 23, it's likely going to be a while before Season 4 premieres on TV. Since it's a "limited series," giving Viola Davis the freedom to star in movies that win her Academy Awards, it's a 15-episodes per season kind of show. So even though Season 3 will be available in just a few weeks, the Season 4 premiere date of HTGAWM probably won't be until sometime this fall. Seasons 1-3 all premiered in the month of September, so it's a standard time of year for network shows to return. But when you have a series that ends so early in the year, it's kind of torture to wait several months for it to return.

Whether you're in the camp of believing that Annalise is somehow Wes' real mother on HTGAWM or just want to figure out what the heck actually happened in the Season 3 finale, at least you won't have to wait long to rewatch it all unfold — but this time without so many breaks and hiatuses to keep up with. Let's just be grateful that Netflix always has our backs.