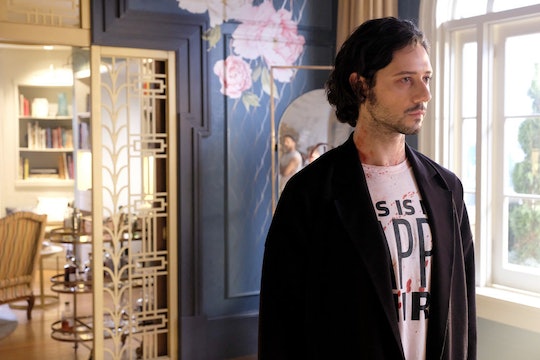 When things left off at the end of Season 3 of The Magicians, the core cast of Brakebills students had lost their memories and powers and they're start Season 4 with brand new identities. Since you’re probably going to want to watch it all over again once the season ends, you might be wondering when Season 4 of The Magicians will be on Netflix. There hasn't been an official announcement just yet, but chances are Season 4 will drop sometime in December 2019.

The past few seasons have all premiered on Netflix in December of the same year they concluded, so if that’s any indication, then The Magicians Season 4 will follow the same schedule. But whether you plan to watch it weekly, wait for it to drop on Netflix in its entirety, or rewatch the entire season once it’s available, Season 4 of The Magicians might be a little more confusing than usual.

With Quentin, Julia, and the rest of their friends powerless and living under new identities that they aren’t even aware of, The Magicians will probably deserve another watch when it comes to Netflix. Which, if we're lucky, will arrive right on schedule.

At the end of Season 3, in order to protect the students against Eliot in his monster form, they were put under a sort of magical witness protection and given new identities. This meant taking away their powers and memories of their previous lives. I expect everything to be restored by the middle of the season, but starting off, who knows who these new characters are? They certainly don't.

Now possessed by an evil demon, the formerly beloved High King Eliot is apparently out to get his old besties. For the first few seasons of The Magicians, Eliot was a consistently loyal and warm-hearted friend, but his change into Big Bad could have lasting repercussions when (or if) he breaks free from the Monster’s hold on him.

"This season you get the Monster, you get flavors of Eliot as he’s trying to fight his way back through his own body and to tell his friends that he’s still alive, and you also get an acid trip of Eliot," Hale Appleman, who plays the character, told Collider. "It’s sort of like this pipe dream version of Eliot. That isn’t like anything you’ve seen before either."

If you're only a casual fan of The Magicians, you may not know that it’s based on a book of the same name by Lev Grossman. The show, like the book, follows Quentin, his childhood best friend Julia, and other students who have come to Brakebills University for Magical Pedagogy to study as magicians. Over the past three seasons, viewers have watched Quentin and the others come into their own as magicians while learning to hone the powers they learned about through the school. Most of the time, good has prevailed, but all of the characters have been tested in different ways, making for exciting twists and cliffhangers that leave you wanting more.

Such was the case with Season 3 and I expect more of the same at the end of Season 4, so if you find yourself waiting with bated breath for The Magicians Season 4 to go to Netflix, I don’t blame you. Luckily, it’s already been renewed for Season 5 ahead of the Season 4 SyFy premiere. The Magicians isn't going anywhere anytime soon and although you’ll probably be waiting a while for the new season to make it to Netflix, I’m sure it will be worth it.