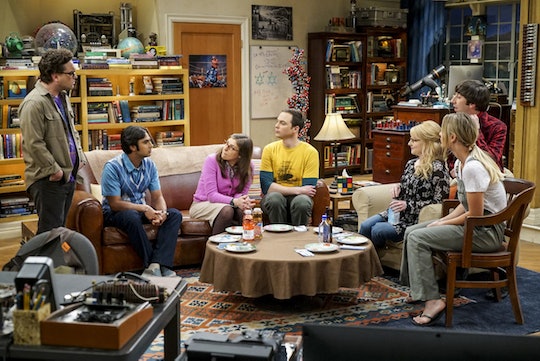 ‘The Big Bang Theory’ Season 11 Is A Ways Away

A lot can happen in 10 years and The Big Bang Theory, though a sitcom at its core, has proven just that over the past 10 consecutive seasons. But now that Season 10 is coming to a close, fans are probably already asking, when will The Big Bang Theory return for Season 11? The good news is that the long running CBS series has already been renewed for both Season 11 and 12, so there’s no concern about it returning at all, though viewers will likely have to wait for the duration of the summer until it makes a comeback, as per usual. Since its a network TV show and every single preceding season has premiered at the end of the month of September, then chances are, Season 11 of The Big Bang Theory will premiere around the same time in the fall of 2017 as well.

But before then, fans can wonder about what changes are in store for Season 11. According to executive producer Steve Molaro in an interview with Glamour, there are a few key things the producers hope to see (and not see) in the fall. For one, baby Halley won’t be seen anytime soon. "The plan has always been that she is essentially Mrs. Wolowitz 2.0," Molaro revealed. "The plan is for her to function as Mrs. Wolowitz did — as a comedic offscreen voice."

He also said that for Season 11, viewers might finally see something new and exciting for Raj now that most of the other characters are paired up and seemingly settled. “Whether it’s in the relationship side, or on the professional front, I hope Raj can have some success, somehow,” Molaro added in the same Glamour interview.

Waiting all summer for the start of a new season is nothing new for fans of The Big Bang Theory and waiting for the summer to end so that Season 11 can premiere is a lot easier than some of the cable network shows that have hiatuses that span over the course of a year or more. The series itself has been a hit from the beginning and now, potentially coming in at almost $10 million per episode, it remains one of CBS’ most popular shows, regularly earning its stars Emmy and Golden Globe nominations and wins.

Even though it’s become one of those sitcoms that also adds character growth and real storylines beneath the humor, The Big Bang Theory is still, for the most part, another sitcom that fans can count on to return right around the same time each year, which is comforting. Now... is it September yet?