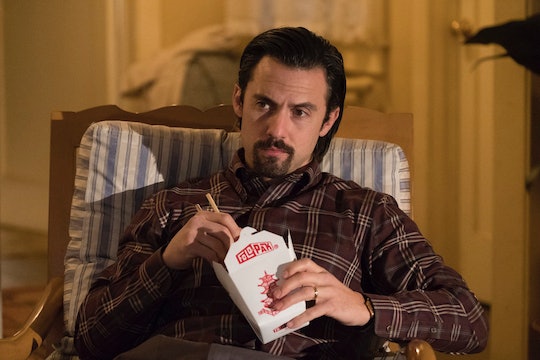 'This Is Us' Needs To Hit Netflix ASAP

It’s hard to believe that Season 1 of This Is Us is about to come to an end after months of laughing, crying, and giving Kleenex a boost in their stock prices. OK, that last one’s probably not true, but I’ve never seen an episode that didn’t make me ugly cry. But since we’re all likely going to want to do it all over again, it’s definitely time to ask: when will This Is Us Season 1 be on Netflix? Although there haven't been any official announcements yet and nothing is set in stone, if Netflix gets access to all of the This Is Us episodes, it probably won’t be for a while.

In case you’re new to the world of streaming TV as opposed to watching live television, Hulu is typically the go-to for most NBC shows and usually posts the latest episodes a day after they air on TV. On the flip side, Netflix is more of a bigger picture streaming service. They have TV shows and even shows from NBC available, of course, but that's usually well after each season has aired on TV already. For some networks, like The CW, Netflix has a deal in place to be able to make the latest seasons available eight days after the finale airs on TV. But in Netflix’s history with NBC, its typically gotten hold of entire seasons of shows long after a much longer (and excruciating) wait.

Recently, some NBC shows like Chuck and Heroes have been removed from the service altogether, though The Office and Parenthood still remain, thank goodness. So if This Is Us Season 1 comes to Netflix, it’s probably going to be later rather than sooner. This Is Us has been a breakout show for NBC this season, with a renewal for the next two seasons already in the bag. It would be wise for Netflix to obtain the rights for the show, but nothing has been officially announced yet.

Back in 2011, Netflix struck a multi-year deal with NBC to air its shows with a delay of one season. That could mean that This Is Us will be available on Netflix, but not until much closer to its Season 2 premiere date, which likely be sometime this fall. That’s not ideal by any means, but if that’s why it happens, it’s certainly better than nothing. Because for those who haven’t yet been turned into fans, they deserve the chance to ugly cry too.