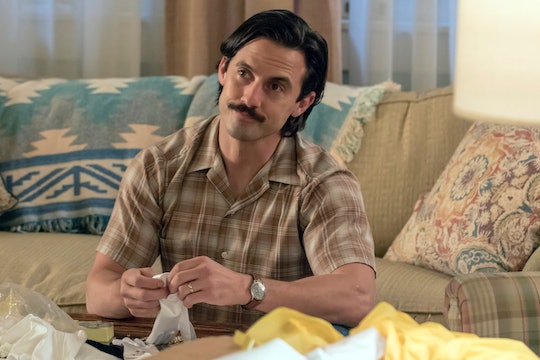 Will Milo Ventimiglia Be In 'This Is Us' Season 2?

One thing that This Is Us has excelled at, other than having the stock in Kleenex probably going way up since its premiere, is the portrayal of family patriarch Jack. They have built him up into this adorable (and pretty much perfect) husband and attentive father who is so excited about every aspect of parenthood. But now that the show has been renewed for two more seasons, will Milo Ventimiglia be in This Is Us Season 2? At the Television Critics Association winter previews, This Is Us creator Dan Fogelman revealed that there are plans to reveal Jack's death very soon in the series, but that the story of his death and what comes directly before and right after will span over the course of "many many episodes" and even spill into other seasons. So does that mean that Ventimiglia is safe?

Though it's hard to say for sure, he may not play as big of a role later on as it's revealed just how Rebecca comes to fall in love with and marry his best friend and business partner, Miguel, as well as how the kids cope with the loss. But there are ways the writers can stretch out the death of Jack on This Is Us to make it so America's new favorite TV dad could potentially stick around for at least another season, if they can bide their time. Because come on, what is This Is Us without Jack?

Fogelman also hinted that the Jan. 24 episode will be a big one, hinting at some Jack revelations via those handy flashbacks, of course. The most recent episode was very heavy on the past and on the origin story of everyone, which is all well and good (and had me sobbing into a pillow even after it was over), but the biggest mystery to the series is how and when Jack dies.

With a renewal of not only a second but also a third season, Fogelman also said, "We'll never run out of stories," which is comforting for those who don't want to see Jack leave the show anytime soon. It's been made increasingly clear how important Jack is to the history of the family and to everything they do in present day, so showing a quick death and funeral in one episode wouldn't do him justice. It would also only make viewers ugly cry once, whereas stretching that out could bring out the tears for literal weeks or even months.

The important thing to remember is that in a show like This Is Us, where one actor might not be on for two weeks because her past or his present isn't being shot, it doesn't mean that it's the kiss of death. There are so many stories to tell and so far the show has done it with the right amount of pacing so as not to rush or prolong anything too much. And since they plan to stretch out the loss of Jack (which I can't decide is a good thing or a bad thing), Ventimiglia will likely be sticking around for quite some time.