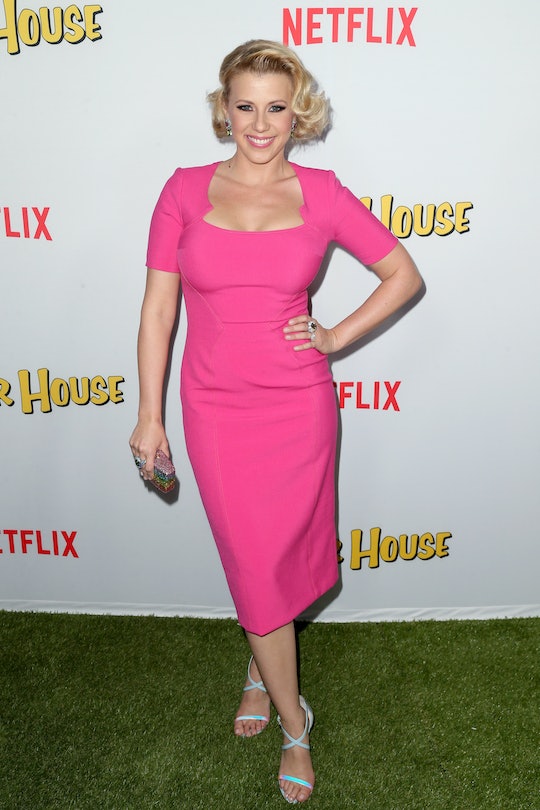 Where Can You Get Stephanie's Original Song From 'Fuller House'?

That Fuller House ends with a wedding is no surprise. Neither is the fact that Stephanie, 26 years later, is a professional DJ and musician. So if you've finished the series already, you're probably wondering where you can get Stephanie's original song from the wedding. Here's the bad news: as of this writing you can't buy it anywhere. Although Netflix has released the new Carly Rae Jepson version of the theme song on YouTube, Stephanie's ditty for the wedding in the finale is still nowhere to be found. It's going to be OK, I promise.

Jodie Sweetin can seriously sing in real life and if you don't remember, she was always belting it out and dancing on Full House. Do you not remember her band Girl Talk? It might be one of the better versions of Ace of Base's "The Sign" ever. To use all of her musical talent in the spin off and have her character become a DJ was a perfect fit. Sweetin has pursued music in her personal life, after Full House ended. She was enrolled in the Orange County School of the Arts at the same time as Glee actor Matthew Morrison, but hasn't done much since. But that doesn't mean she can't work it.

Sure, it's super cheesy when she starts banging on her tambourine in the premiere but cheesy music is what Full House and Fuller House are all about. When it comes to wedding songs, it looks like John Stamos finally has some competition. Let's hope Sweetin runs with it, because that song is perfectly catchy and corny all at once. And that's the point.