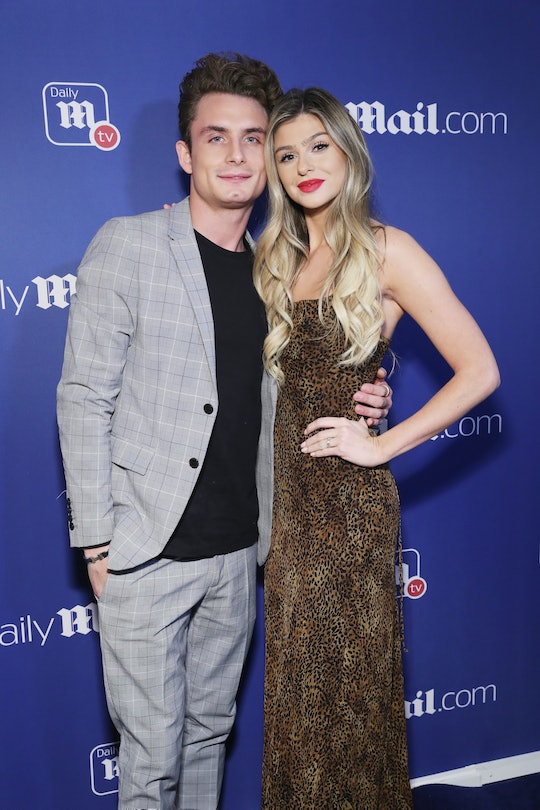 Raquel On 'Vanderpump Rules' Is A Recent College Grad

When James introduced his girlfriend during Season 5 of Vanderpump Rules, most fans likely hoped that whoever Raquel was, she would be good for the hard partying DJ. Since then, they’ve had their own ups and downs on a show full of seemingly constant breakups and makeups and now fans are more curious about her than ever. She’s obviously here to stay and viewers might be wondering more about who she is and where Raquel went to college on Vanderpump Rules. You may not have seen much of her college life on the show, but she graduated from Sonoma State University in May 2018 with James by her side.

Now that she’s done with college, she’s officially a recurring cast member rather than a guest on Vanderpump Rules. But that doesn't mean she doesn't have other aspirations that go beyond the show. While at Sonoma State University, Raquel studied Kinesiology and pre-occupational therapy, which means she could go on to become a personal trainer or professional athletic trainer. Judging by her Instagram gym photos, I’d say that career path should not be hard for her to break into, but she might be taking things a little slow as one of the newer recurring cast members on Vanderpump Rules.

While Raquel was still in college, she had aspirations to become Miss California USA after winning Miss Sonoma County. She did compete for the title, but didn't take the crown. However, viewers might see her try to go for it again in the future, especially since she now has actual fans from the show supporting her. Still, she took her goal very seriously. Ahead of the official competition in 2017, she wrote on Instagram, "I've been preparing for this moment every day whether it's starting a meaningful conversation with a stranger, going to Pilates, practicing hair and makeup on nights out with friends, or having my first real interview for an internship with an Occupational Therapist! No matter the outcome, I have been on this path of self improvement and self love and I feel so accomplished."

In working the pageant circuit, Raquel used her platform to work for awareness for disability rights and support of special needs children. It’s safe to say that becoming Miss California USA meant more to her than just winning a crown and title.

Raquel wasn't just in college to get her degree and get out, though. She was also a proud member of the Alpha Gamma Delta sorority while she worked on becoming the next Miss California. It’s unclear if Raquel has used her degree to further her career just yet, but it’s refreshing to see someone from Vanderpump Rules do something not related to SUR. Don't get me wrong — it’s the restaurant and club drama that drives the show, but Raquel is probably such a good match for James because she has more going for her, especially since she graduated from college.

Right now, she seems to be enjoying her newfound spotlight thanks to the show and her relationship with James and you can’t really blame her. She hosted a GLAUDI store opening in June and if the photos on her Instagram aren't of her and James, they’re of her fur baby. There’s also a professional photo of Raquel sitting on a counter top eating a huge bowl of spaghetti — maybe it was about the pasta?

Now that she’s more of a permanent cast member on Vanderpump Rules, viewers will probably get to see closer peeks into her personal life. I’m sure she plans to do something with that impressive college degree, but right now, I think it’s OK to enjoy being on reality TV.