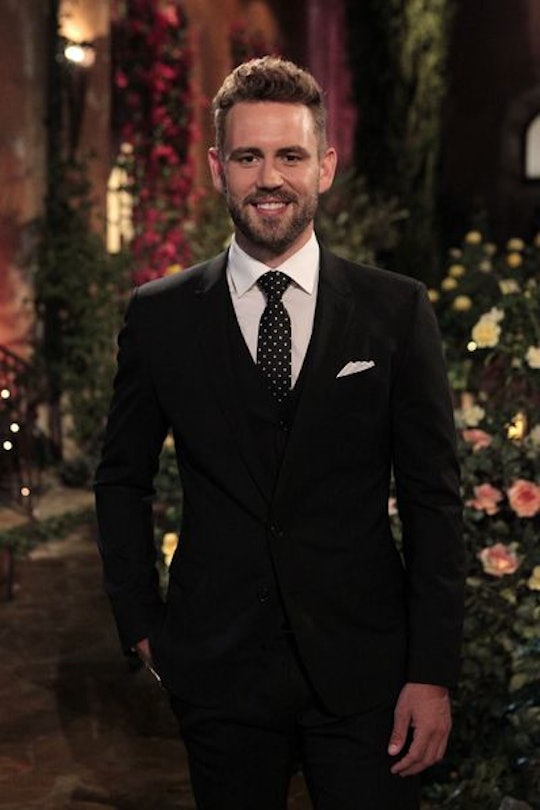 'The Bachelor's Nick Viall Has Made A Big Move

Nick Viall has been on more shows in Bachelor Nation than pretty much anyone else and is almost a cautionary tale at this point about a two-time runner-up who is destined to be looking for love forever. But becoming the new Bachelor means that he never gave up hope and now that he is gaining an even bigger following than before, where does Bachelor Nick Viall live now? The reality star is originally from Waukesha, Wisconsin and lived in Chicago for years, but just recently made the move to Los Angeles, according to the Chicago Tribune.

When you become one of the featured players on The Bachelor or The Bachelorette and even go on to be selected for Bachelor in Paradise, a certain level of reality TV fame comes along with that. And sometimes, you have to leave your midwest home behind for the glitz of Hollywood, where you can be closer to the action, wherever that might end up being. So naturally, with an Instagram following creeping up on 900,000 and plenty of love from Bachelor fans who either just heard of him or have followed him for years, Nick finally did make the move. But since The Bachelor is conceivably the last Bachelor Nation series Nick will be on, how does a move to Los Angeles benefit him?

Back in 2015, it was rumored that Nick was in talks with the producers of appearing on Dancing With The Stars. Sadly, that didn't end up happening and he wasn't mentioned for any of the subsequent seasons after that, but he also proceeded to be all about that Bachelor Nation life for the past year. So with that in mind, Season 24 of Dancing With The Stars could very well see Nick busting out some awkward dance moves that will make fans love him even more (if that's even possible).

When Nick made his first appearance on The Bachelorette in Season 10, he was a software salesman from Chicago. But now thanks to the recent move to Los Angeles, something tells me that his former life's work is going to take a backseat for a little while. Nick has been getting into the modeling game, but it goes beyond slapping a few perfect poses on his Instagram account. Nick is currently signed with the Wilhelmina modeling agency, which Season 10 alum Carl King also works with. So if he's looking to amp up that modeling portfolio and stick with the show business thing (is reality TV considered show business?), then moving to Los Angeles permanently makes sense for the Bachelor's future endeavors.