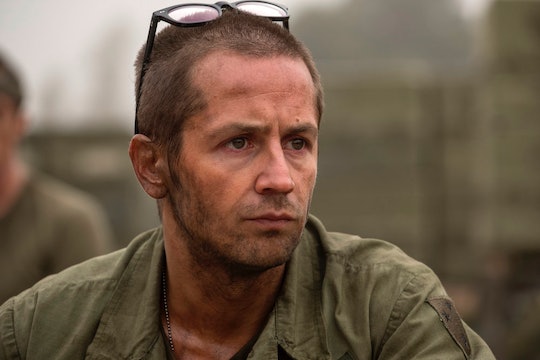 I know I’m not the only one who felt like the This Is Us fall finale was monumental enough to have served as the actual Season 3 finale. While I’m glad it wasn't the end of the season, it did bring up a ton of new questions, like how has Nicky been alive this whole time? And where does Nicky live on This Is Us that no one ever came into contact with him in the past four decades? One of the final scenes in the fall finale showed an older man in his trailer with mail addressed to Nicholas Pearson in Bradford, Pa., which is three hours from Pittsburgh. After fans survived the initial collective heart attack at the realization that Jack’s little brother has been alive this whole time, the confusion set in.

Because if Nicky lives in Bradford, just a few of hours away from Pittsburgh where Jack and Rebecca raised their children and where Rebecca and Miguel might live right now, how has no one ever seen him? I guess it could be argued that no one besides Jack would recognize him on sight, but if he lived so close to Jack for years before Jack died, you’d think the brothers would have eventually reunited. Either by accident or because Nicky sought him out.

The things fans know to be true right now are that Nicky survived the boat explosion in Vietnam and Jack either lived feeling that we wasn't able to save his brother or the secret that he was still alive. It's still unclear if Jack eventually found Nicky after the explosion and helped him get out of Vietnam under cover and fake his death or disappearance. That’s entirely possible, especially since Jack was always ready to do whatever he could to help his younger brother.

Michael Angarano, who plays Nicky, told Entertainment Weekly that he was as surprised as everyone else when he got the script for the fall finale. Angarano couldn't divulge too many details because This Is Us tends to keep its best secrets under lock and key, but he did elaborate a little bit on why Nicky would come home after possibly faking his own death.

"More than anything I think Nicky’s gone to try to live his life to the best of his abilities," he said. "And that is both good and bad. But ultimately, he is a guy who comes from Pittsburgh, so you can imagine that he wouldn’t really be able to stray too far away from there."

As fans have seen, there are many layers to the onion that is Jack’s past. Before the flashback to his childhood, no one even knew he had a little brother. There could be more flashbacks that depict both Jack and Nicky as older adults, after Vietnam, with Jack secretly looking after his brother in the Bradford trailer. They might have simply had a falling out, much like Jack did with his father due to his dad’s alcoholism. Jack chose to keep Rebecca and his family separate from his father and he might have done the same with his brother, in the best interest of everyone.

Unfortunately, there’s still so much to uncover about the rest of Jack’s past and what happened after he dove into the water to try and save his brother once again. Jack’s whole thing is about being Superman to everyone in his life, though. If Nicky survived the explosion and Jack knew about it, chances are, he knew about his existence in Pittsburgh. Now, it’s just a matter of Nicky finding his extended family or them somehow locating him.