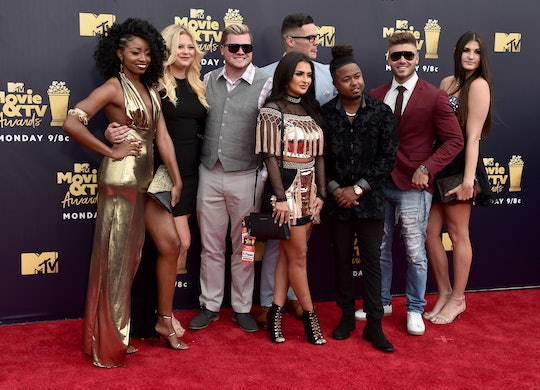 Sometimes, you need a vacation from your vacation. Floribama Shore might not be a vacation, per se, but it is a month’s worth of partying and living rent-free in a beach house, so feel free to fight me on that one. The cast announced on the show that they planned to vacation from the beach house to Cabo, Mexico, but where in Cabo did the Floribama Shore cast stay? Ignoring the cringey scenes of the cast incorrectly pronouncing Spanish and non-Spanish words, the change of scenery is probably what they needed after all of the drama and relationship woes. It’s hard to say for sure where they stayed, but MTV is known for securing lodging in a couple of different key resorts.

The Cabo Agency often arranges different hotels and activity spots for reality TV shows like Real World and different shows in The Real Housewives franchise, so it would make sense if MTV went through the agency to secure a hotel for the Florabama Shore cast. After looking at the preview for Thursday’s Cabo-centric episode and photos of different hotels the agency works with, there is one that stands out. One of the agency’s featured hotels, Tesoro Los Cabos, has pictures that look almost exactly like the hotel rooms the cast is in during the preview that was shown after the Dec. 13 episode.

There’s also a shot of Jeremiah on a balcony overlooking a marina and that seems to be a view common for some rooms at Tesoro Los Cabos. Although it hasn't been confirmed on the show just yet, it could be that’s where the cast stayed for their obviously dramatic trip away from their vacation house.

Just in case you’re wondering, you too can party where the cast (maybe) took all of their residual issues with them from Florida. If the cast did stay at Tesoro Los Cabos in Cabo, then MTV got a pretty good deal for the trip. Assuming that they went in April, which was likely at the end of filming for Season 2, the all-inclusive hotel was probably the most economical option that still looked good on TV. For a three night stay in one of the hotel’s junior suites with a marina view in April, it’s $716.27.

If you wanted to stay in one of the smaller rooms while still keeping an all-you-can-eat-and-drink inclusive meal plan, it would be just $600 for two people for those three nights. There’s also a master suite that may have been the choice for Floribama Shore’s trip to Cabo and for three nights, it’s $895.50, which is also doable for some vacationers who aren't getting the bill paid for by MTV.

Judging by the preview, it’s definitely going to be the trip to either set things off between some of the cast members or bring some of them closer together. Nilsa seems intent on making Gus jealous, especially after he’s been so hot and cold. At the end of a recent episode Aimee comforted a sad Nilsa in bed who said she just wanted to be loved by someone, a.k.a. Gus. The trip will likely bring the BFFs closer together as Gus no doubt gets his flirt on with other women in Cabo.

Kortni seems like she’s going to be out for blood in the promo when she says she’ll "Lay [Jeremiah] to the ground" if he annoys her once. Mind you, this is a trip right after Jeremiah made his feelings clear to her about preferring a friendship rather than a romance. Throw alcohol and a ton of eligible strangers in the mix, and things are about to get out of control.