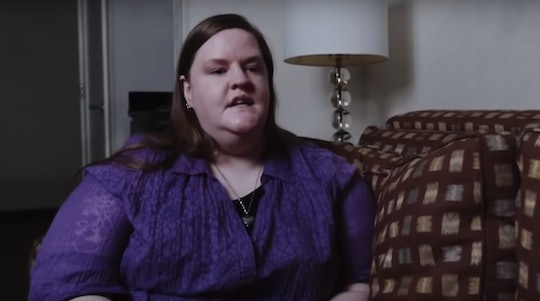 When Susan Cox Powell vanished from her home in Utah in 2009, her disappearance became a nationwide mystery. Even today, after never being found dead or alive but presumed to be dead and possibly murdered by her husband, what happened to her remains a mystery to those who are still alive, including her sister-in-law, Alina Powell. Before now, she never gave a formal statement to authorities, so where is Alina Powell now? In The Disappearance of Susan Cox Powell, Alina gives her first ever full-length interview about what she thinks happened to Susan in 2009 and whether or not she thinks her brother had something to do with it. But for the past several years, Alina has remained mostly under the radar.

In 2012, three years after the disappearance of his wife, Joshua Powell killed himself and both of his young sons, potentially taking the truth of what happened to Susan with him. Despite all of the damning evidence and the fact that he remained a person of interest in the case for some time, Alina was one of his siblings who stood by him and defended both Joshua and their father, Steven Powell, who had been accused of making sexual advances on Susan for years. Even when Steven was arrested on child pornography charges, Alina didn't come out to speak against her father. Now, thanks to the May 4 two-part Oxygen documentary, Alina will speak about everything for the first time and hopefully shed some light on the case that has since grown cold.

In a clip from the documentary, Alina says, "What I saw is different than what everyone else is claiming." That could mean that she knows something more about Susan's disappearance and what might have happened between Susan, Joshua, and Steven than she originally let on.

Over the past few years, Alina has remained out of the public eye for the most part, but she has been one of the individuals fighting for the rights to some of Susan's life insurance policy. Shortly before Susan went missing, Joshua took out life insurance policies on his wife that totaled $1.5 million and since her disappearance, both Alina and her mother, Terrica Powell, have tried to claim half of the money on multiple occasions. But because Susan still hasn't been officially declared deceased, the money hasn't been released to anyone yet.

Alina did speak to the press briefly following Steven's guilty conviction of 14 counts of voyeurism in 2012. She said that her family had already been convicted in the public eye years previously when Susan, her sister-in-law, went missing. Alina said that she also lost her father and brother to an "unimaginably complicated difficult situation." but other than making a statement, she chose not to answer any questions about her father's trial, so she likely prefers to stay out of the spotlight as much as possible.

Other than trying to have Susan legally declared dead and fighting for some of the policy money, Alina seems to live a quiet life. When her brother and father were accused of their terrible crimes years ago, Alina stood by their side. Joshua and Alina's other sister, Jennifer Graves, took indifferent approach and wrote a book titled A Light in Dark Places, which spoke out against Joshua and Steven. Alina, on the other hand, has never taken this stance and has remained mostly quiet on the subject.