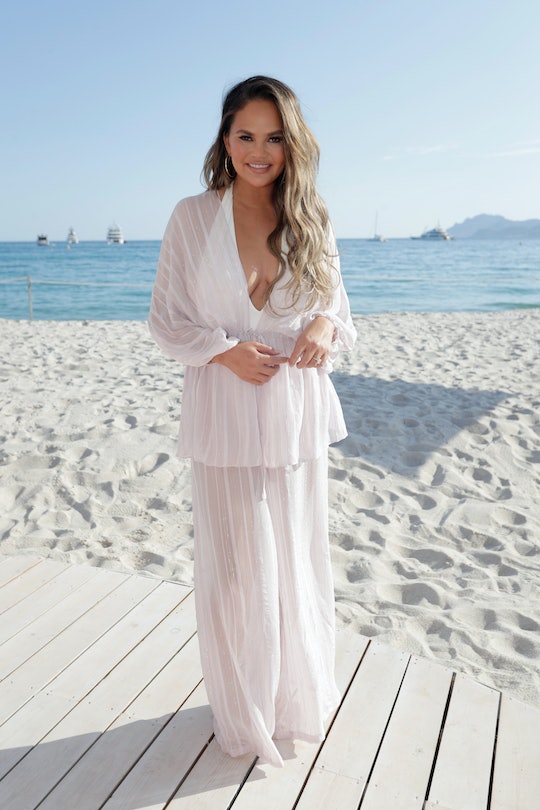 I feel like I know Chrissy Teigen pretty well and probably so do you. Not in a creepy stalker way or anything, just that she is such a consistent presence on my social media feed, she can't help but seem familiar. But of course, she is a stranger to me and therefore a mystery in many ways. For instance, I know so much about her kids and her career, but do I even know where Chrissy Teigen is from? Do you? Let's investigate together, shall we?

The Bring The Funny host already has a seriously impressive career in show business under her belt even though she is just 33 years old. She is a model, a cookbook author, the host of two television series, and of course the Queen of the Internet who once was blocked on Twitter by President Trump, as W Magazine reported, which is seriously impressive.

Teigen is also mom to 3-year-old daughter Luna and 1-year-old son Miles, whom she shares with husband, John Legend. But who was Chrissy Teigen before she was, you know, Chrissy Teigen? It seems she grew up in a few different places, all of which helped to inform the person she has become. The person who brings us all joy and stories of Peanut Butter, the hamster.

Chrissy Teigen was born in Delta, Utah to parents Ron Teigen and Vilailuck Teigen, according to her IMDb. The family moved around a little throughout her childhood for her father's work as an electrician, living in Hawaii, Washington, and Idaho before finally settling in Huntington Beach, California, according to OC Register.

When the family moved from Seattle, Washington to California, Teigen found the move to be quite jarring at first, as she told Vibe: "Seattle was like a Disney family town. There was no emphasis put on being sexy and people didn't even talk about sex or drugs. I moved to Huntington Beach and everything grew up a lot faster there."

Of course, the move to Huntington Beach ended up being a real life changer. Teigen started to work at a local surf shop and was discovered by a photographer when she was 18 years old, according to SELF. But modeling was not Teigen's first choice for a career. As she told The Daily Beast in 2014, "I always wanted to be a teacher or wanted to do something with food. But modeling, I just never thought I could do it myself really ever. I still have trouble calling myself a model. I just never thought I was tall enough or skinny enough. [When I was starting] it was the time of the very thin, waify runway models. So, I knew I couldn’t do that."

As we all know now, Teigen has gone on to do exactly what she thought she might do — work with food. She started her own food blog called So Delushious, which she calls a "personal ramblings from a girl who loves bacon and can't be fat," and made a whole other career for herself. Since then she has gone on to write two of the best cookbooks you will ever read, trust me, host several television series, and she and her mother will be starring in a new court show called Chrissy's Court in the coming months. Big things happening for this girl from Delta, Utah. Pretty impressive.