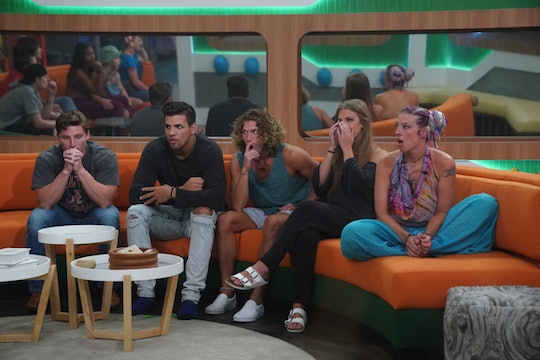 The 'Big Brother' Jury House Is About To Start Filling Up

There are officially 11 houseguests remaining in the Big Brother game this season which means that upon the next eviction, it's jury time. Like every season, the jury members will all be sequestered in a house together in another location, but where is the Big Brother jury house this time around? According to a dedicated fan on Reddit, it’s typically in the same location each season in Chatsworth, California.

After doing a quick Google Maps search, the address of the alleged jury house is less than a half hour away from Studio City, where the CBS studio and Big Brother house are located. The images that come up for the address that the Redditor mentioned are also similar enough to what we’ve seen in past seasons to assume that, at the very least, the Big Brother jury house was at one point located in Chatsworth. And while CBS has never given out the exact location of the house each season, if it does change from time to time, it's safe to say that it’s always within a reasonable driving distance to the Big Brother house and CBS studio.

The jury members have to travel back to the studio for official voting purposes at the end of the season, so they’d have to be close enough to be able to do that. And since the jury house is always a mansion that looks staged for realtor showings, we know that the evicted houseguests do not remain on the studio lot for the rest of the season.

For those who are new to the game, the jury acts as the final say in who wins Big Brother once it comes down to the final two houseguests in the Big Brother house. Since the next eviction marks the first jury member to be sequestered, she will be the first person sent to the house. Right now, it’s either going to be Bayleigh or Rockstar, depending on how votes go. But they won't be alone in the jury house for long because each eviction that follows the one on Thursday night will result in yet another jury member.

It’s hard to say right now who will be evicted between Rockstar and Bayleigh. In Angela’s eyes, Rockstar is more of a pawn than anything. Her real target is Bayleigh and if she gets the numbers, then Bayleigh will be saying "Swaggy C-ya later" and enter the jury house. (I’m sorry, I just had to do that.) If by some miracle Bayleigh stays in the house, however, then Rockstar will be evicted and soon after carted off to the jury house to live in general peace and quiet until the next juror arrives the following week.

As seen in the few jury segments during Season 19 of Big Brother, the evicted houseguests are permitted to watch the aired episodes of the show while they’re sequestered in the jury house. This keeps them well informed of the moves that go on between remaining houseguests, but doesn't give them any special intel that, say, access to the live feeds might. Jury members are still not permitted to have contact with the outside world and they have to remain at the jury house.

While the exact address and location has never formally been released to the public, the jury house does have to be nearby the CBS studio and Big Brother house for obvious reasons. If production wants to film some jury segments to give viewers an update on the evicted houseguests, then it's convenient to have the jury house within driving distance. And in the event that there’s a jury buyback sort of competition, the evicted houseguests would need to be close enough to the Big Brother house to participate if necessary.

Now that we’ve reached the jury stage of the game, it won't be long until we’re in the home stretch of the season. There might still be several weeks of Big Brother left this season, but soon enough, the cast of houseguests will dwindle down until it’s really time to start placing your bets on this season’s winner.