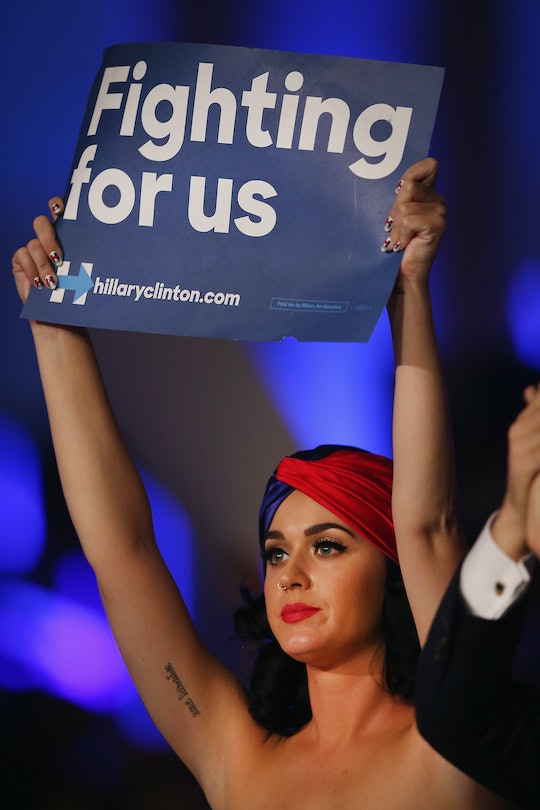 Which Celebrities Back Hillary Clinton? She's A Hollywood Favorite

Though Hillary Clinton has yet to cement her grasp on the Democratic presidential nomination, she does hold an overwhelming lead in one notable demographic: Hollywood big shots. The former Secretary of State has been racking in the high-profile endorsements. So which celebrities back Hillary Clinton? A lot of them, it turns out.

On The Wrap's guide to celebrity presidential endorsements, Clinton far outpaces Vermont Sen. Bernie Sanders, and leaves the Republican candidates in the dust. Clinton's lead makes sense. Famously-liberal Hollywood was always going to lean on the side of endorsing Democrats over Republicans. And given that celebrities rake in the big bucks, they probably aren't going to go gaga for Sanders' focus on income inequality. Plus, Clinton has had plenty of time to make the Hollywood rounds, starting with when she was First Lady.

Listing every one of Clinton's Hollywood supporters would take all night, but some of the highest-profile ones include Katy Perry, Kerry Washington, George Clooney, Leonardo DiCaprio, Beyoncé, and Carole King. And her endorsers have been vocal about their support. Shonda Rhimes created a powerful ad in which she and the leading ladies of her popular TV shows stumped for Clinton. George Clooney held a crazy-expensive fundraiser to benefit her (even though he simultaneously backed Sander's stances on important issues). The ladies of Broad City featured Clinton on their show in a moment where their characters were so excited to meet her, they nearly exploded.

And on Monday, in an impassioned essay for Time, Girls creator Lena Dunham explained why she was voting for Clinton, concluding:

Sanders has his vocal supporters too. Mark Ruffalo, Rosario Dawson, Sarah Silverman, and Susan Sarandon have all taken stands for him, with Sarandon creating controversy after comments implying that she might vote for Donald Trump over Clinton in the general election. (Speaking of Trump, the former reality TV star has Kid Rock and Scott Baio on his side, which seems about right.)

Of course, hopefully people aren't going to vote for Clinton just because, say, Kim Kardashian tweeted a selfie of the two of them, with an accompanying "#LoveHer." But having famous people on a politician's side certainly doesn't hurt in terms of getting his or her message out to a wider audience. That means the race for celebrity endorsements isn't likely to stop anytime soon.