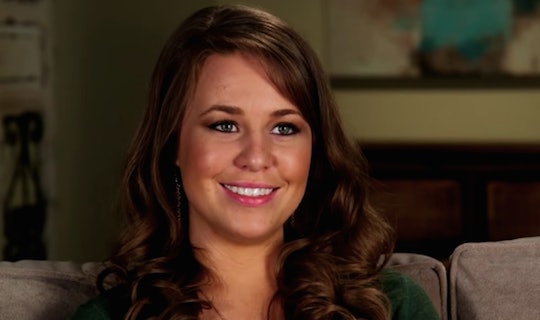 Here's Which Duggars Are Rumored To Be "Courting"

Throughout the past few seasons of Counting On, viewers have witnessed the courtships and weddings of at least five Duggar kids. There has been a lot of news to keep up with, to say the least, and one can only wonder how Jim Bob and Michelle Duggar keep track of all of the nuptials and budding romances. Although Counting On is currently in its off-season and the future of the show is uncertain, people still have a lot of questions about the Duggars' romantic lives, including which Duggars are courting. Surprisingly enough, only one Duggar is rumored to be courting at the moment.

Currently, the Duggar family has five members who could potentially be in courtships (I'm counting members who are older than 18, because no Duggar has courted prior to this age). The Duggars who are presently 18 or older are: Jana, John-David, Josiah, Jedidiah, and Jeremiah.

Jana and John David are the oldest of the bunch, and they're often criticized for remaining single at 27 years old. Although plenty of people aren't married by this age or aren't interested in the institution of marriage in general, their singledom is considered abnormal by Duggar standards. All of the married Duggars got hitched before they turned 25.

So, it should come as no surprise that Jana is currently rumored to be in a courtship with Caleb Williams, a longtime friend of the family, according to OK!. Caleb and Jana have reportedly been dating since October.

Williams is often seen hanging out with the Duggars and he regularly attends family functions. On Oct. 21, he was spotted enjoying a football game with Jim Bob, and he has even met Josh and Anna Duggar's youngest son, Mason. Considering potential Duggar suitors must get Jim Bob's approval before entering a courtship with a Duggar daughter, it makes sense that Williams is so buddy-buddy with the fam.

As for Caleb's personal beliefs, alleged sources describe him as more of the "liberal" type, which is a bit shocking given the Duggar family's super conservative views.

A supposed insider revealed, according to Radar Online:

They have similar belief systems, but he's a bit different in his thinking. He's maybe somewhat more liberal.

Well, I can't imagine Jim Bob will be too thrilled when he finds that tidbit out. Fans already know how he feels about Ben Seewald's flirtation with liberalism...

Of course, this isn't the first time Jana was rumored to be in courtship. Fans thought Jana once dated football star Tim Tebow, according to People, although that report turned out to be false. So, it's totally possible that Jana isn't in a courtship with anyone at the moment.

As for Jana's twin brother, John-David, he was rumored to be in a "secret" courtship with a woman in Texas.

The supposed source said of John-David's alleged courtship and the Duggar family's silence on the relationship, according to The Hollywood Gossip:

They don't talk about it. Everything with John David is sort of the QT, same as with Jana. Everything they do is very, very, very secretive.

Of course, it's probable that this rumored courtship is also false.

In a recent Ask Me Anything (AMA) thread in the 19 Kids & Counting Reddit forum, a person allegedly close to the Duggars said that the family typically announces courtships "as soon as they happen," and that he didn't know of any Duggars that are courting at the moment. Although the source wasn't verified by Redditors, it's true that the Duggars announce relationships ASAP. Given this trend, it's more than likely that the older Duggar kids are currently single.

So, is there a chance one of the Duggars will be courting in the near future? If the past is any indication, the answer is yes. The Duggars don't stay single for too long, and they'll need some storylines if they want Counting On to get renewed for another season. Stay tuned.