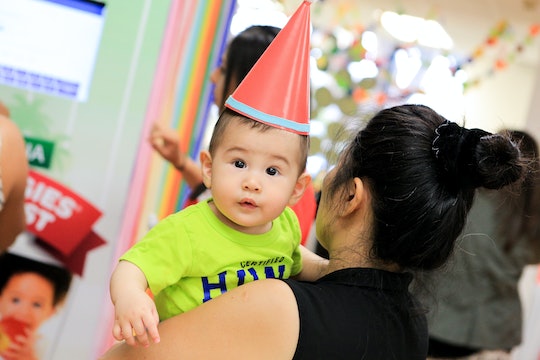 Which Season Are The Most Babies Born? The Answer Makes Perfect Sense

Growing up, it always felt like the end of summer and the first half of school were filled with birthday celebrations. From July through October, every weekend there would be a birthday party to attend, and during school, at least once or twice a week we’d be eating cupcakes and singing the "Happy Birthday" song. Even as a kid, I always wondered: Which season are the most babies born? Because it almost got to the point where it may have been a good idea to have one big birthday party each month for everyone in the class instead of individual ones — as fans of The Office all know, that’s a terrible idea, even for Jim Halpert.

I asked Dr. Idries Abdur-Rahman, OB-GYN, author of Everything You Ever Wanted to Know About Pregnancy (But Were Too Afraid of Embarrassed To Ask) and one half of the Twin Doctors for TwinDoctorsTV if there really is a season during which there are more babies born than others, and if all those late summer/early fall birthdays were just a coincidence.

“There actually is quite a bit of science explaining both seasonal and regional variations in birth patterns,” Abdur-Rahman tells Romper. “In the United States, July is the most popular month for births, accounting for about 10 percent of all deliveries. August is usually a close second accounting for 9 percent of all births. September and October fight it out for third and fourth places.” So that really was a thing when I was a kid!

Abdur-Rahman adds, “Outside of being the most popular months for having a baby, these four months have in common the fact that they are summer/early fall months and they occur nine months after the cold months of winter. The theory is that people have more sex during the cold winter months, resulting in more babies being born in the summer.” I mean, that makes sense. You’re stuck in the house during bad weather outside, you gotta keep warm somehow, right? Plus, there are all the holiday parties filled with adult beverages — and we all know how that can turn out. In fact, data journalist Matt Stiles created a heat map infographic detailing the late summer/early fall birthday phenomenon which shows September as the busiest birth month for the past two decades, only serving to confirm this theory.

If this is a thing in the U.S., does it reverse in other parts of the world where their seasons are on an opposite schedule? Absolutely, says Abdur-Rahman. What’s interesting is that these seasonal birth patterns are also regional. Take Australia, for example. The most common birth months are March and May, meaning that most Australian baby-making occurs in June and August, the peak Australian winter months. To keep it simple, when it's cold outside, more people have sex and more babies are made. These babies are born nine months later in the peak summer months.”

So it looks like all over the world, folks are getting busy in the bedroom to stay warm during those freezing winter months (or because they had a little too much vino at a holiday party), resulting in the most births occurring at the end of summer and early fall months, whenever those seasons might be. As someone with a September birthday, I’m cringing a little bit now on the inside, and I hope you are, too, if you were born sometime in July through October. Now we all know what our parents were doing, and when. You’re welcome.