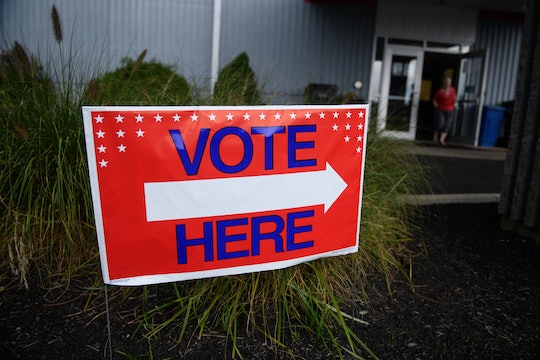 These Are The Senators Up For Re-Election In 2018

As many are still reacting to the news that Brett Kavanaugh has been officially confirmed to the Supreme Court, the chorus of suggestions, encouragement, and full-on pleading for people to vote in the midterm elections in November continues to grow. But part of being engaged in midterm elections (or any elections) means knowing who's running. Whether you're thrilled with your senator's vote during Kavanaugh's confirmation process or angry as all get out, you might be wondering which senators are up for re-election in 2018 because the midterm elections really are coming up sooner than you might think.

There are actually a number of senators up for re-election in 2018. Though not all of them are in what are predicted to be tough or close races, it's worth knowing who's up for re-election this year and who's not. If you live in a state with a senator up for re-election, you can, of course, vote for the person you think should fill that seat, as well as volunteer, donate, and more. If you don't, donating to campaigns of candidates you believe in and volunteering to help get them across the finish line can be a good way to show your support. Senators can, as you've likely seen throughout the Kavanaugh confirmation process, healthcare debate, and more, make a monumental impact on the lives of regular Americans, so just because it's not a presidential election year doesn't mean that there aren't people on the ballot who need your support.