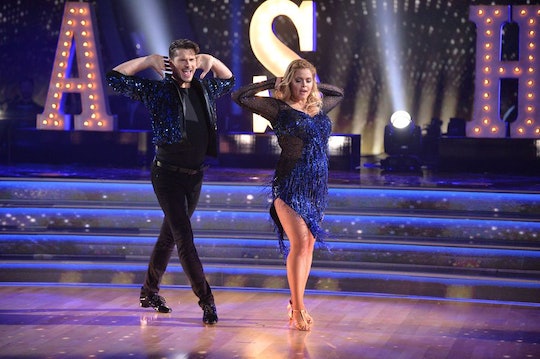 Just because Pretty Little Liars’ Sasha Pieterse is more of an actress than anything else, it doesn’t mean that she doesn’t have what it takes to win the Mirrorball trophy this season on Dancing With the Stars. Because while she doesn’t have dance experience directly, the talent is in in her blood, since she grew up with professional dancers for parents. But who are Sasha Pieterse's parents? Dancing With the Stars isn’t Pieterse’s only connection to the ballroom since her own mom and dad were both outstanding performers on the ballroom floor.

Pieterse's parents, Sean and Zizi Pieterse, were dance partners and because of their profession, the family traveled a lot together, meaning that from an early age, Sasha was not only exposed to dancing but show business itself. But even though her parents made a living as professional dancers, that doesn’t necessarily mean that Sasha herself is going to show up on DWTS as a pro next season. "I think I have rhythm but all of the technical stuff I don’t," she admitted to Us Weekly. "So [DWTS pro] Gleb Savchenko has been helping me. He’s amazing. He’s such a great teacher and partner."

But the actress does seem to have a dancer’s work ethic, at least according to Savchenko, who added, "Sasha is a really hard worker. We literally will have no breaks. We’ll go four hours, a straight four hours. She puts on her shoes and takes them off at the end of rehearsal. Standing in high heels."

As Sasha said, her parents were once professional dancers, but it would seem that they were actually a lot more than that. In an October 2000 article in the Hartford Courant, her dad Sean talked about having recently arrived in Las Vegas and how he and his wife had found work in the city as they had before "As dancers in Atlantic City, Wisconsin, Orlando. We were an adagio act — like acrobatic lift."

The couple began their joint career in South Africa and proceeded to spend 12 years dancing around the world before settling down in Las Vegas, where they started out as performers in themed weddings that the town is so well known for. Eventually, they moved between Las Vegas and L.A. in order to help Sasha begin her own career and it seems like since then, they’ve been supportive of their daughter making it in the business.

And in what looks like a former Etsy profile for Zizi, Sasha’s mom has been making a living as a designer and engraver for the past several years. "I have been a glass engraver for 30 years. I engrave glass, mirror and metal by hand. So anything I can draw I can engrave, and I mostly use calligraphy fonts when engraving on glass," she wrote. "I have spent the last 7 years painting, engraving and sewing for my own business. I make designer pillows, runners, lamps, and ottomans."

But as recent at 2015, Sasha’s dad was still dancing and performed at the 2015 VIVA Awards, and recently posted an Instagram video of himself covering an Elvis Presley song, so maybe he can still give Sasha some pointers as a performer as Season 25 of DWTS progresses.

On the premiere of DWTS, Sasha admitted to having more of a butt-shaking signature dance move (like pretty much all of us who aren’t professionally trained), but because her parents were professional ballroom dancers trained in both Latin and ballroom dancing, she said that she’s "looking forward to kind of following in their footsteps."

From a young age, Sasha was more inclined to move forward in modeling and acting, but clearly, since her parents were professional dancers for a long time, some of that has rubbed off on her, if only to give her the motivation to get far this season.