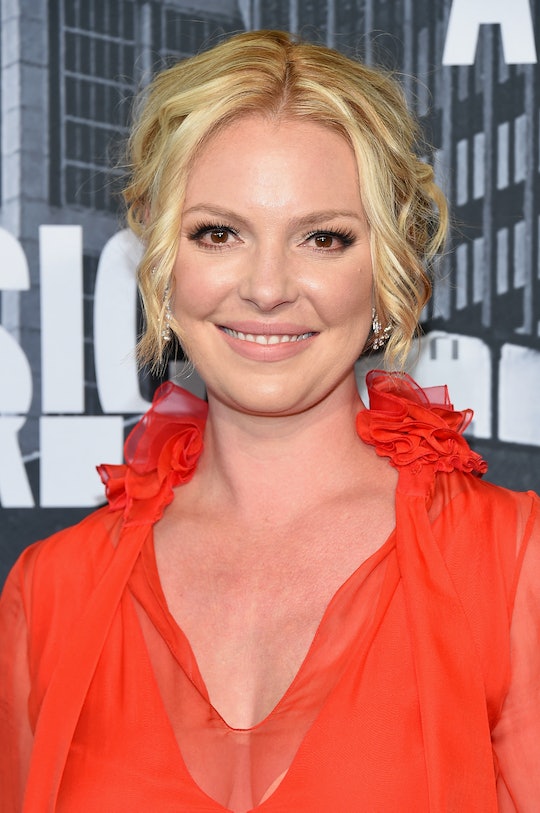 Katherine Heigl's Character On 'Suits' Isn't Here To Mess Around

With a couple of key characters gone from Suits this season, that left the door open for new actors to come in and change things a bit with new characters. Enter Samantha Wheeler, who Katherine Heigl plays on Suits this season. Samantha is the show’s newest attorney — meant to fill the void that Meghan Markle, Duchess of Sussex, and Patrick J. Adams left behind.

According to TV Guide, Samantha is Robert’s newest fixer and she "isn't afraid to go toe-to-toe with anyone else at Zane Specter Litt." She’s meant to be a strong-willed woman as well as Robert's right-hand person to help him with whatever he needs.

"When [Samantha] first gets there her goal is helping Robert Zane. That's her guy, that's who she is loyal to, and they have a really, really great professional and personal relationship," Heigl revealed to TV Guide. "They're very respectful of one another and have worked together for years. So, she's not there to make friends with the Specter Litt group. She's there for Zane, you know? She makes that very clear in a couple of the first episodes."

She also said that Samantha enters the firm "butting heads" with a few other attorneys, making it clear right off the bat that she’s no one's whipping girl and certainly not someone to underestimate.

Heigl’s Samantha is likely to be a force to be reckoned with as the newest character on Suits for Season 8. The actress told IndieWire that playing such a totally badass and fearless female character has been fun and “freeing” for her. Of course this isn't the first strong female character on the show and it probably won't be the last. Suits creator Aaron Korsh credited the writers, as well as his wife, for the ability to create a cast of strong and empowering women.

At first, viewers might find Samanta to be something of a mystery on Suits, as was likely the intention. Heigl told E! News Samantha is meant to command the attention of any room she’s in and leave others feeling a bit ill at ease until she speaks and gets her tone and point across. "She's fascinating because she's a mystery, and she's sort of even a mystery to me. I'm not entirely sure what her past is," Heigl said of her Suits character. "I love that she's an enigma to the rest of the people in the firm, that they are even trying to figure out who is this girl, and what is she about."

I have a feeling that Samantha could turn out to be one of those stone-faced and totally powerful characters that needs just the right storyline or character interference to put a crack in the tough veneer. Even though we’re all sure to miss the stars who have been on the show for its entirety but are now absent, I have complete faith that Samantha will fill the void.

Suits is entering its eight season, which is a feat for any show really, and while other series might be wrapping things up at this point, I’d say it’s possible that the show is simply entering a new chapter. Like the Duchess of Sussex, who has entered a new chapter of her own life as royalty and a full-time philanthropist, Suits has officially gained its second wind with new characters, including Heigl’s Samantha. Only time will tell if the no-nonsense attorney is what the firm, and show, needs, but she already seems like a breath of fresh air.