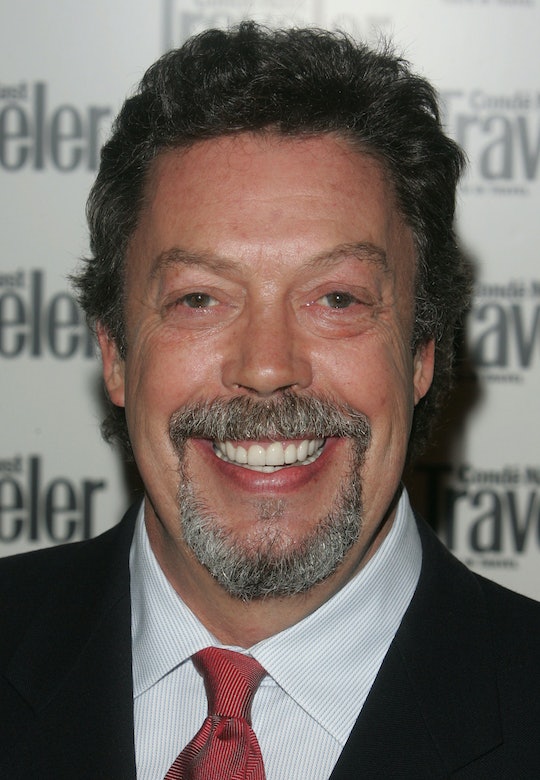 Who Does Tim Curry Play On FOX's 'Rocky Horror'? His Cameo Is A Must-See

Some of the more die hard fans (who don't need to look up the lyrics to catch a midnight showing of the film) probably weren't immediately into the idea of a remake of the classic, let alone one that is direct to TV. But once Curry signed on for a cameo, it seemed like his figurative stamp of approval changed all of that. Now, we're actually excited to see this version of Rocky Horror Picture Show decades after the classic that so many still worship today.

A few years ago, Curry suffered a stroke and has since been reliant on the use of a wheelchair, but to have him back in any capacity is like the Godfather arriving onset to solidify the legitimacy of what they're creating. FOX's Rocky Horror Picture Show might be a remake, scaled down for TV, but it can still stand on its own with Cox's version of Frank-N-Furter and Curry returning for a different role to shine in.

Since the original Rocky Horror Picture Show in 1975, Curry has appeared in other all-around classics and blockbusters, such as It and Home Alone 2. But what is arguably Curry's most popular role to date is his Frank-N-Furter in the original Rocky Horror. But now is as good of a time as any to bring the film back in an age where TV is better than ever. Cox said herself in an interview with Variety that during her first time of watching the movie, she was drawn to the character of Frank-N-Furter and thought, "Oh my God, this is me."

Curry won't be reprising his role as the scientist, but he'll be very much present as the narrator we'll count on throughout the story. Rocky Horror Picture Show premieres on FOX on October 20 at 8 p.m. EST.

More Like This
Rihanna & A$AP Rocky’s Baby Is Here!
Chris Pratt & Katherine Schwarzenegger Welcomed A Baby Girl With The Prettiest Name
5 Kid-Friendly Movies To Celebrate The Last Day Of School
Prince George Has Apparently Known He'll Be King Someday For A While Now