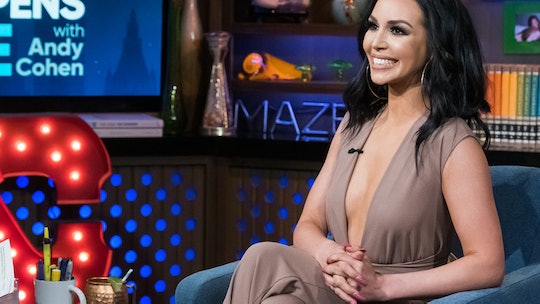 Yes, You Should Get To Know Adam From 'Vanderpump Rules'

Enough with the back and forth. Fans are ready to see Adam Spott and Scheana Shay get together on Vanderpump Rules. But are they ready? Scheana is no stranger to high-profile relationships. She previously married Mike Shay on Pump Rules and dated Bachelorette alum Robby Hayes. Now, Scheana is seeing Adam but the two have never claimed to be exclusive. So who is Adam on Vanderpump Rules, really? There's more to this SUR bartender than his relationship status.

According to The 570, a local publication in Adam's hometown, Tunkhannock, Pennsylvania, the SURver went to school at Florida State University for hospitality management. He then landed in Atlanta as a pharmaceutical sales representative, where Wilhelmina Models approached him with an opportunity. So Adam signed on with the modeling agency and moved to Los Angeles to pursue his dreams in the entertainment business.

“I figured I always wanted to be out here, and if there was ever a time to go after what I wanted to do, might as well strike while the iron was hot,” Adam told the publication. “That’s more or less what sent me 3,000 miles across the country.”

While Adam's Instagram page proves that his modeling career is flourishing, his L.A. dreams were still quickly checked by reality. “I was so set in a 9-to-5 (schedule), being on salary; that career path was what I was used to," Adam said. "I learned pretty quick how expensive [the cost of living is], how people have so many different avenues of income. I needed a part-time job, with the ups and downs of modeling and acting.”

Nonetheless, Adam met Scheana, who introduced him to SUR Restaurant and Vanderpump Rules. And as they say, the rest was history.

Adam became the newest SUR bartender in Season 6 of Vanderpump Rules. But if you don't remember, his introduction wasn't exactly drama-free. Scheana decided that Adam should date Brittany Cartwright, who was — and still is — dating Jax Taylor. An awkward group date then ensued and I'm getting a tinge of secondhand embarrassment just thinking about it.

Regardless, Adam remained at SUR and has continued to pop up on the Bravo reality series from time to time. In Season 7 of Vanderpump Rules, Scheana and Adam started hooking up. But they haven't defined the relationship. While Scheana has previously called Adam her best friend, their recent hookups have made things complicated.

When TooFab asked Scheana about the status of her relationship with Adam, the Bravo star replied, "I don't know. It's complicated. We try and go back to just being friends, but then we hook up again. It's been this cycle for like 10 months now, and it needs to end or become something more."

Scheana also teased what's coming for the unofficial couple in the Season 7 finale.

"[He gets] very angry with me in the finale," Scheana explained. "He sees that I slept with someone else, but we're not dating! And you tell me you don't care, so I'm gonna continue to live my life and date other people. So after I saw how upset he got, I was like, 'Okay, you do have feelings. You do care, so why don't we just do this?' And he was like, 'I'm terrified of commitment. I don't know if I'll ever be ready for it.'"

There's no denying that the Pennsylvania native has come a long way since his pharmaceutical rep days. Now a Wilhelmina model and Vanderpump Rules star, who knows where he'll go next — with or without Scheana by his side.