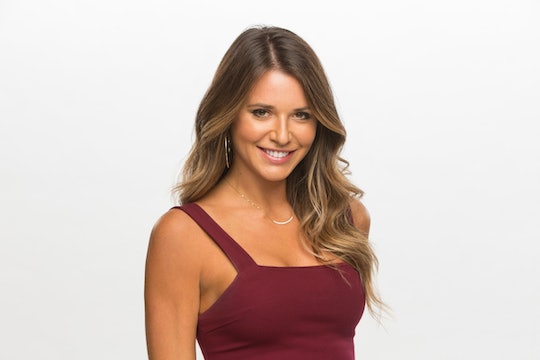 Angela Rummans Is A 'Big Brother' Contestant To Watch

No matter how hard a houseguest on Big Brother might try to hide it, their competitive side comes out sooner rather than later. Such will probably be the case for Angela Rummans, who seems like she was chomping at the bit to win some comps even before the season began filming. So, who is Angela Rummans on Big Brother? She’s ready to compete and, as she said in her Big Brother bio, she’s specifically ready to take down the guys of the house. But don’t expect an all-female alliance brewing early in the season. She told Ross Matthews in her Big Brother interview, "I think naturally girls are threatened by me. I have a really big presence." (Please, can we not do this?) Since she definitely seems out for blood already, she may find herself working with the other women of the house anyway.

"Not to toot my own horn, but I'm kind of a freak athlete and I love to compete," she says in her bio. "I'm a fierce competitor and nothing brings me more joy than beating men at sports." She adds that even though she lives and works in California as a model, the other houseguests shouldn't underestimate her. "I was a professional track-and-field athlete, trained at the Olympic training center with the Olympic team, and am the most headstrong, iron-willed competitor."

It looks like Angela’s Instagram is currently private, but that could change as she gains momentum this season and whoever is manning her social media profiles opens it up to the public. But between her pre-show interviews and her Big Brother bio, it’s easy to see that the South Carolina native is a fun-loving athlete who probably shouldn't be overlooked this season as a strong competitor.

Angela definitely wasn't lying when she said that she's a former professional athlete. Back in 2014, she was a professional pole vaulter and in high school she won the the USATF Region 3 Junior Olympic Track & Field Championships. She even tried out for her high school football team — which makes me want to root for her even more. These days, Angela works as a model for a living and has been featured in the Athleta catalog, modeling different swimsuits and athletic clothes. So you could say, in a way, she’s come full circle. She definitely seems ready to show her competitive side in the Big Brother house.

Apparently, though, Angela was ready to compete on the show three years ago, as she revealed to Entertainment Tonight that she auditioned for season 17, but didn't make the cut at the time. And now, she’s ready to win or, at the very least, make it to the final two. "I'm ready for there to be two strong women in the final two," she said. "We haven't seen that in a while in Big Brother."

Angela is happily single but she’s definitely not in this for a showmance, especially if it could mess up her game as it kind of did for season 19’s Cody Nickson and Jessica Graf. While their relationship didn't necessarily do them in, it did play a part in making them both targets at different times. According to Angela’s Big Brother bio, she will be sad to say goodbye to her "roster of boy toys in L.A.," but with $500,000 on the line, I’m pretty sure it will all be worth it in the end. There are a ton of other houseguests who already seem promising this season, but instead of being focused on a social game or a strategy that will likely fly out the window early on, Angela seems ready to just get in there and annihilate the competition.