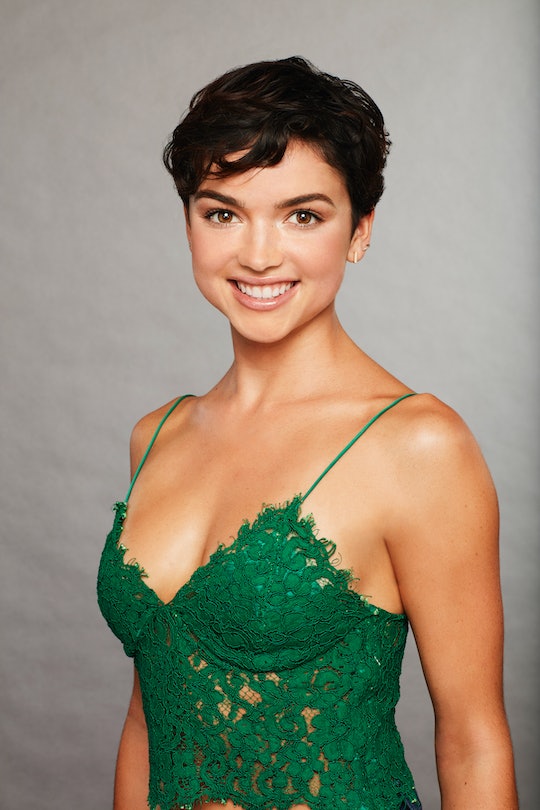 Bekah May Be One To Watch On 'The Bachelor'

If you watched the four minute preview of The Bachelor Season 22 or watched the Countdown to Arie special detailing Bachelor Arie Luyendyk Jr.’s past and present with the franchise, then you might know a little bit about the women this season. You might also know that there are already some who are going to stand out from the rest, like the mysterious Bekah Martinez. Naturally, viewers are going to be wondering who Bekah on The Bachelor is, since judging by the previews, there are going to be aspects of her life shrouded in mystery this season.

She’s definitely one of the more mysterious contestants this season and there are already questions about her age, since it would appear from the extended promo for The Bachelor Season 22 that it’s a topic she’s worried about getting into with Arie. That could only mean that she’s considerably younger than the 36-year-old former race car driver. But the most perplexing thing about this is that her Bachelor bio curiously omits her age, unlike the bios of her fellow contestants this season. So why is this being made into a thing?

Through some social media sleuthing and educated guessing, I would place her around 22 years old. Back in 2016, she posted a photo of herself with a Louis Vuitton clutch and a hashtag of "21." I know, that doesn’t exactly scream "happy birthday", but I'd say it's a solid estimation. It could be why she (and the show) are being so vague about the subject. Perhaps Bekah thinks Arie will find her to be too young and not ready to settle down. Though I don't think hiding it from him would be the best way to handle it.

Bekah works as a nanny, so clearly she's good with kids, which could definitely work in her favor with Arie, who is eager to find love and settle down with a family. She’s also an avid rock climber, so much so that she’s won awards for the sport. "I received an invite to nationals for rock climbing and placed third on the west coast in my division," Bekah revealed in her Bachelor bio. There’s even a photo on her Instagram to prove her love of the outdoor activity. She also seems like she’s ready for a romantic commitment, as she sees herself married and having babies within the next five years, which isn’t totally out of the realm of possibilities if Arie were to give her that final rose at the end of the season.

It’s also worth noting that Bekah may have gotten out of a serious relationship relatively recently. Well, as recently as this past summer, anyway. In a photo she posted on June 22, Bekah added a caption that said she used her bath that evening to consider love and "how love sucks so hard, but it's also so good, and either way nobody wants to quit it." Could that mean she had her heart broken as recently as the summer? Even so, going on The Bachelor in the fall to find love would have likely given her enough time to get past whatever loss she may have suffered, relationship-wise.

Bekah definitely seems like a contestant who’s going to be getting some added attention thanks to the mystery almost immediately surrounding her, but outside of The Bachelor, she seems totally genuine. In my opinion, she has just as much of a right to be there as any of the other women this season.