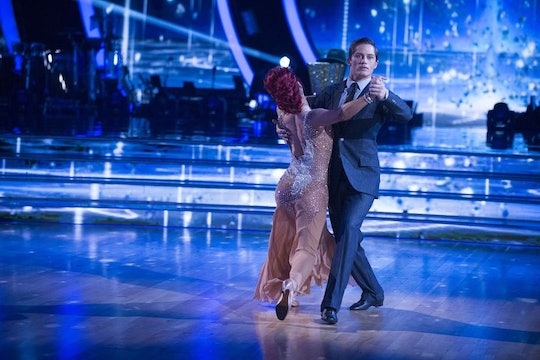 Bonner Bolton Has Opened Up About His Love Life

It’s not really all that hard to believe that we’re already in Week 5 of Season 24 of Dancing With the Stars, but it is kind of hard to deal with the fact that the season is this far along and there is still no inkling of a romance between Sharna Burgess and Bonner Bolton. And if that’s the case, then who is Bonner Bolton dating? The DWTS contestant is a former professional bull rider and seems like a total southern gentleman, but somehow he’s totally single right now.

Of course, that just means that the door is wide open for Burgess to walk into his love life, should she want to. And as a fan of the ‘shipping part of team Denim N Diamonds, I personally hope she eventually wants to. The chemistry between Burgess and Bolton on the ballroom floor this season has been hard to ignore, from the viewers’ standpoint and also from where the judges sit, so it’s no big shock that fans want the dancing duo to be more of an official couple.

But it’s definitely hard to believe that either of them are single. Burgess took to her blog to talk about the empowering feeling of being single and getting in touch with herself, but for Bolton, his relationship status might have a lot to do with his injury that took place a year ago.

As he opened up about it on DWTS, Bolton was in a bull riding accident that broke his neck and forced him to give up his championed sport to recover after temporary paralysis. Obviously between surgeries and physical therapy, there was probably little time for romance to be thrown in there. Shortly after sparks flew for the pair during their premiere performance on DWTS, they spoke to Entertainment Tonight about each of their relationship statuses and sure enough, Bolton said that he’s “100 percent” single right now.

Now, that could mean that Bolton is totally happy being single, learning to dance, and working as a model full-time, or it could mean that he’s wide open for something to happen with Burgess once Season 24 of DWTS is over. Burgess said herself on her Us Weekly blog that “at the end of the day, if you’re meant to be together, it can still happen after the season!” At this point, it’s hard to ignore whatever Bolton and Burgess have going on both on and off the ballroom floor.

Whether that’s just great character acting through dance or something more remains to be seen on DWTS, but for now it’s oddly comforting to know that Bonner is definitely single.