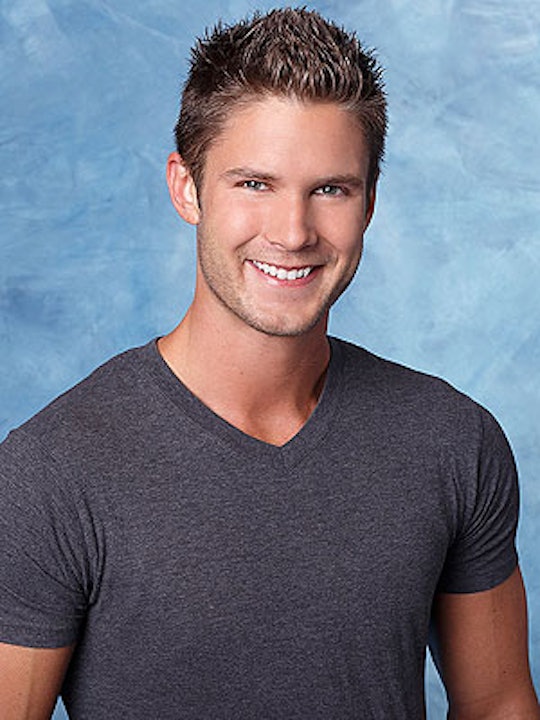 Who Is Brandon Andreen On 'Bachelor In Paradise'? You May Not Remember The New Guy

When you have as many seasons of The Bachelorette as we do, and 25 suitors per season to remember, it's easy to forget some of the seemingly random ones. But when they pop back up a few years later to appear on Bachelor in Paradise, we're sort of forced to deal with them, as is the case with Brandon Andreen, who will be one of the men this season on BiP. But it's totally OK if you have to ask, who is Brandon Andreen on Bachelor in Paradise. Even the most experienced veteran of the Bachelor/Bachelorette culture may not remember a Season 9 contestant who got booted the third week of eliminations. Tough break for sure, but obviously the guy had a little something that producers thought would play out well if they gave him another chance at finding love on TV.

Which brings us to Brandon Andreen starring on Bachelor in Paradise this season. He wasn't one of those who was announced in the first round of cast announcements of Season 3 of Bachelor in Paradise, but he'll be showing up in all of his enthusiastic glory. When he was on Season 9 of The Bachelorette, he left known as the guy who cried a lot, and that could either make him a target for the other men of BiP or a target for some of the women to feel bad for. In a good way. But before the new season starts, it's probably best to get reacquainted with the guy who has been out of our lives for a good three years.

He's Remembered For Being Super Emotional

On Andreen's season on The Bachelorette, he told Desiree Hartsock that he was falling in love with her as he opened up about his mother and her string of unsuccessful boyfriends popping in and out of his life. It would have been totally fine and great to have one of the guys so willing to open up to her, only this was just the third week. Some guys — and yes, Brandon — barely get enough time with the Bachelorette by this point to kiss her, let alone know if they're falling in love with her. And his emotions were his undoing, as she gave him the boot that night.

Say what you will about all of Brandon Andreen's issues, but the guy is kind of an adorable uncle. As in, he regularly posts photos of himself via Instagram and Snapchat with his baby nephew and they are all just insanely adorable.

Seriously, this legit happened, and all because Australian Kate Smeda saw Andreen on The Bachelorette and reached out to him via social media. It obviously doesn't take much for this guy to be into a girl, as he was quick to fly out and meet her and even got a visa to work in Australia, but since their breakup last year, most of the evidence of Brandon and Kate has since been deleted from his social media profiles. Of course it has. But that doesn't mean he got it all.

His Bachelorette Time Was Short-Lived

Like, super short-lived. Brandon Andreen may have shown up on a motorcycle, trying to get that first impression rose like a boss, but he barely lasted long enough for most fans to remember him. Like I said before, his emotional tendencies were what did him in in the end. Had he been able to dial it back a lot and not give Desiree so much so soon, he might have stood a chance.

Now, he's going to get a second chance at love with Bachelor in Paradise, which will hopefully mean that he's learned from his mistakes. There's nothing wrong with having emotions and being open, but come on, man. Let's save the tears for after you actually win over one of these women.