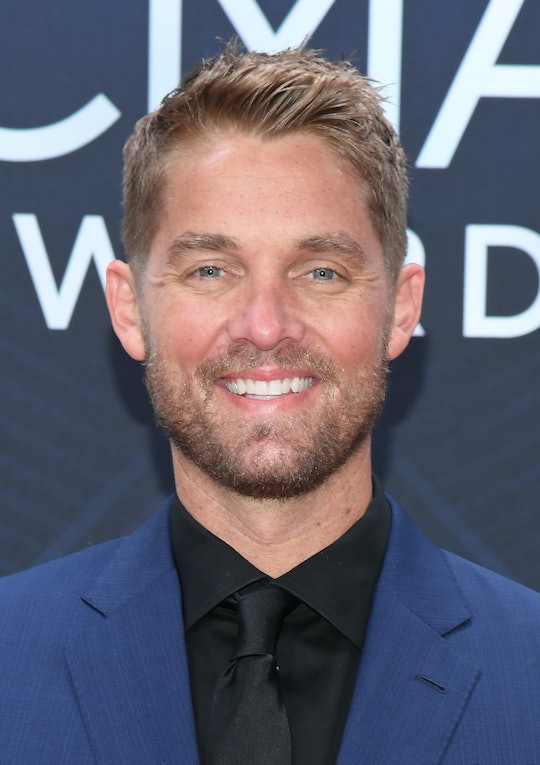 It's not a season of The Bachelor unless at least three music artists are featured to help serenade the Bachelor and his date on different one-on-ones. I'm not a huge fan of the concert-themed dates, but tonight, Colton and Caelynn got their own private show from singer-songwriter Brett Young. If you haven't heard of him, however, you might be wondering who Brett Young is. The Bachelor is all about romantic one-on-one dates and this was no different.

When Colton brought Caelynn to their private concert, he said that he invited his "friend" Young to put on the show for them. I'm not sure if they really are friends outside of The Bachelor, but Young is a big deal among country music fans even if he hasn't always been all about music.

Before he independently released his first EP in 2007, Young was a promising pitcher for the University of Mississippi and then Fresno State University. After an elbow injury, however, he began to focus more of his time and energy on his music. He spent several more years working on music in California before he made the move to Nashville and his career really began to take off. And although he's technically a country singer, Young refers to his own specific brand of music as "Caliville."

In a 2008 interview with the Orange County Register, Young said that he first became interested in music when he dabbled in worship music at his high school. He was asked to fill in as a singer one morning and, according to Young, "it didn’t go half-bad."

He also said at the time that he understood the value in writing your own music and keeping your career on the rise through original songs. And, it would seem, that hasn't really changed for him.

Although he's been in the music business for a long time, it wasn't until recent years when Young finally began to gain widespread recognition for his work. He won the award for New Male Vocalist of the Year at the 2018 Academy of Country Music Awards. He was nominated for Video of the Year for his song "Mercy" at the 2018 CMT Music Awards and Top County Album and Top Country Song at the 2018 Billboard Music Awards. He might not be one of the biggest names in country or pop-country just yet, but he's definitely getting there.

When he's not working on new music or appearing on The Bachelor in what was probably the easiest concert ever, Young spends time with his wife. In February 2018, People announced Young's engagement to his longtime girlfriend, Taylor Mills. Their love story sounds like something out of a country love song, so naturally, Young has used their long history as inspiration for his music.

"We met a little over 10 years ago in Scottsdale while she was at ASU and dated for a little over six years," he old People. "After school, she and I both moved to Los Angeles together. When I moved to Nashville, we took a break for a few years, and I wrote a lot of my first record about her."

When Young reconnected with his now-wife, things fell into place for them and she has likely continued to be the inspiration for his music. Hopefully his music and some of his success in love will have inspired Colton on The Bachelor tonight. Young's mini concert definitely served as a romantic backdrop to the end of Colton and Caelynn's one-on-one date. And if there's anyone who knows about the trials and tribulations of love, it's a country singer who has had his fair share himself.