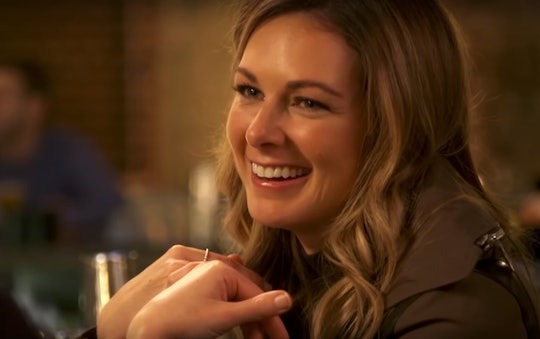 Chelsea From 'Southern Charm' Is Open To Dating Again

Chelsea Meissner on Southern Charm has never been one to introduce a new boyfriend each season or go out of her way to to find one. Instead, she’s usually pretty happy being alone and surrounded by the company of friends and family, and for that, fans love her. Since she’s such a legit catch though, more often than not, fans wonder who Chelsea is dating on Southern Charm or outside of the show.

Her most recent "public" relationship on the show was with Austen Kroll, who she briefly dated during Season 4. In fact, both cast members came on the show around the same time when Cameran Eubanks tried to set Shep Rose up with Chelsea and instead she hit it off with Austen, his friend. They seemed like they were a match made in Southern Charm heaven, but then Season 5 came. Suddenly they were definitely split up and it seemed like no love was lost between them. Since that relationship fizzled, Chelsea hasn't really been involved with anyone else and right now, she appears to be very much single on Southern Charm.

Chelsea recently talked about her relationship status to Bravo during an after episode interview and once again informed the world that she is, in fact, single. "I’m not looking for a guy. I'm not looking for a woman either… if something comes along, great," she said. Her position here is refreshing because you don't necessarily need to be looking for romance for it to find you. Actually, you don't need to be looking at all if you’re living your best life and learning how to bow hunt in your free time. Seriously — Chelsea is the cool-ass best friend we all need in our lives.

To make matters worse with the whole Austen breakup thing, he decided to date Chelsea’s good friend afterward, which was difficult for her to handle for the sheer awkwardness of it all. And, you know, you just don't date your BFF’s ex or your ex’s good friend. That’s just good manners. Since Austen’s short-lived romance with Chelsea’s friend, he still hasn't made any steps to getting back together with Chelsea and vice versa and for right now, it looks like she isn't seeing anyone else romantically either.

When Chelsea recently celebrated her birthday in New York City with a group of close friends from the show, which included Austen, and posted photos on Instagram, there wasn't any other unidentified male in attendance. There are also more photos of Chelsea enjoying life alone with her hobbies and interests rather than meeting men or going on dates. As she told Bravo, she’s perfectly happy doing her own thing for right now and if the right man just so happens to come along, then she’s game. But she’s also not actively seeking it out and for Chelsea, fans shouldn't expect anything less.

Since she’s now a permanent regular cast member on Southern Charm and has managed to win the hearts of millions of viewers, there is a chance that we might see her find love or romance in Season 6 or during future seasons of the show. However, I'd just as soon watch her fly fish and surf to her heart’s content, because at the end of the day, Chelsea is totally capable of finding someone to date when she feels the time has come. There’s no getting around the fact that she’s incredibly down to earth and just genuinely fun to be around. But for now, Chelsea has taken a step back from relationships while doing her, and we could all learn a thing or two from that.