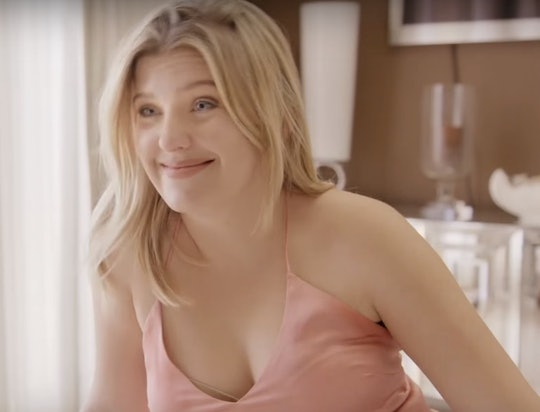 Chloe On 'Siesta Key' Is The Alpha Female Of The Group

As one of Alex’s oldest friends, Chloe was a natural pick for the core cast of Siesta Key. In less than two seasons, she’s stepped out from under Alex’s shadow to prove that she can shine as the show’s biggest antagonist and honestly, fans love the drama she ignites every chance she gets. But other than being the resident pot stirrer, who is Chloe on Siesta Key? It was recently revealed on the show that she has a crush on Alex, which could be the source for all of the trouble she’s caused involving Alex and his many exes. But outside of the drama that is starting to be a little more high school and less post-college, Chloe has a lot of other things going for her.

She recently began a career in real estate and while that might take a backseat to everything brewing on the show and in the lives of her and her co-stars, it says a lot about her values. As in, she obviously doesn't expect to ride on the success of Siesta Key forever, and that’s refreshing.

"It's always been my mom and I my whole life, so we have a very interesting relationship. She's sometimes more my friend than my mom," Chloe revealed, adding that her mom is "an angel that walks this earth." That's kind of adorable.

Chloe also told Cosmopolitan that she went to cosmetology school and hopes to be able to travel as a makeup artist at some point. I’m not sure how that will factor in with her new job as a realtor, but there’s no rule that says a reality star can't do it all.

On Siesta Key right now, it looks like Chloe only has eyes for her BFF Alex, but her Instagram tells another story. Over the summer and as recently as August 2018, she posted photos with a mystery guy by the name of Ty who isn't tagged in any of his photos. But the captions say things like "Distance can’t stop what’s meant to be" and "My life has changed for the better because of you. I have no idea what I did to deserve your love. You are the greatest gift I have ever gotten. Our love story is one of a kind and I wouldn’t want it any other way." He hasn't been featured on Siesta Key, but he could be someone she met once Season 2 finished filming.

She did say in an Instagram Q&A that Ty prefers to stay off the show to preserve their relationship. That’s probably a good idea, since the amount of unsuccessful relationships on Siesta Key currently outweigh the ones with happy endings. Hopefully they are still going strong, because not only could Chloe use the distraction from everything else Siesta Key-related, but she deserves a beau too.

Chloe also has a strong stance on body positivity. In her Instagram stories, she urged others to "Love yourself and love others no matter what shape or size they are." She added that "Shaming someone for the way they look is unacceptable." Could this Chloe please make more appearances on the show? I could definitely get behind this kind of attitude more than the current version who seems to be at the center of most of the drama. Either way, though, the show probably wouldn't be the same without her.