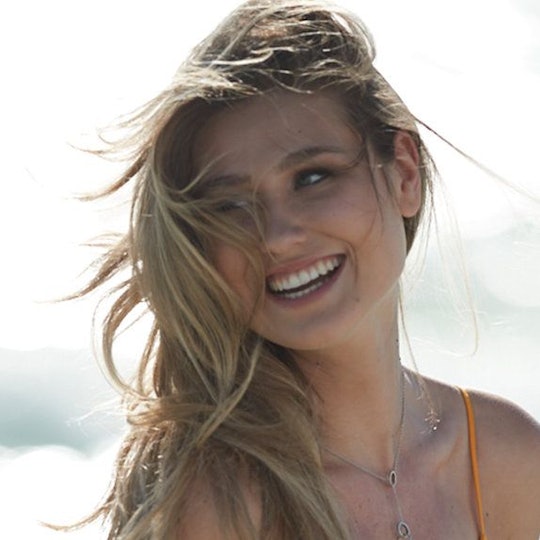 If Siesta Key has taught fans anything, it's that you should never say never when it comes to a relationship. Even if you think someone is out of your life romantically, they could return at any time to dredge up all of those old feelings. Last season things got messy when Madisson broke up with Brandon and brought her old friend Ben to town and now that he's back, viewers might be wondering who Madisson is dating now.

Siesta Key can be like a game of musical partners since, more often than not, cast members have inadvertently "traded" significant others on and off. Alex, for example, once dated Madisson, then had a thing for Juliette, and after breaking that off, the two seem to be back together. Now, Cara, Alex's *other* ex, is back to stir that pot some more.

Madisson's own dating history on Siesta Key is just as complicated. Viewers shipped Madisson and Brandon last season, hard, until he started getting flirty with other women, including fellow Siesta Key cast member Canvas. After Brandon admitted to cheating, Madisson broke things off for good, only to have him serenade her in the hopes of winning her back. But she stood her ground and the two have remained strictly friends.

Now, however, Ben is back again and he might be here to stay with Madisson.

Although Siesta Key was filmed months ago, judging by Ben's Instagram, he and Madisson have been spending a lot of time together both in front of and away from the MTV cameras. They were already friends before the show began, but they seem closer than ever, which could mean that Madisson is dating Ben now. They could just be refraining from making it Instagram "official" until Season 2 ends.

I don't know everything about Madisson and Ben's past, but from where I'm sitting, they seem like they have a long history together. They went to college together and dated before Siesta Key. And in last weekend's episode of Siesta Key, she seemed ready to take their friendship to the next level when she saw him chatting up some other woman at a party. Side note: kudos to Madisson for not falling into old habits at said party and being wooed by Brandon as he bragged about his music career. Getting back to the important stuff, though, I think Madisson and Ben could have a rocky road ahead of them on Siesta Key, but it's possible they're together now.

With Brandon's sights set on Alana, his current music partner, I doubt there will be a Madisson-centric love triangle this season. She could, however, have trouble with Ben since he told that unidentified party guest that he isn't "together together" with Madisson. Whatever that means. If they are together now, after Siesta Key Season 2, they might have had a long road to get there.

As of right now, Madisson hasn't confirmed her relationship status and every fan comment and question on her photos with Ben on Instagram have been left unanswered. This means that for now, Madisson and Ben's relationship status is pure speculation. It certainly seems like Ben was brought back after his brief time on Siesta Key Season 1 to give Madisson her own chance at love again this season. With almost every other cast member shacking up, or on the verge of it, she deserves something too, right?

Given her history with Ben and the fact that Madisson is in the best place shes been since her breakup with Brandon, I will be rooting for them this season. I just hope that she isn't in for more complicated relationship drama.