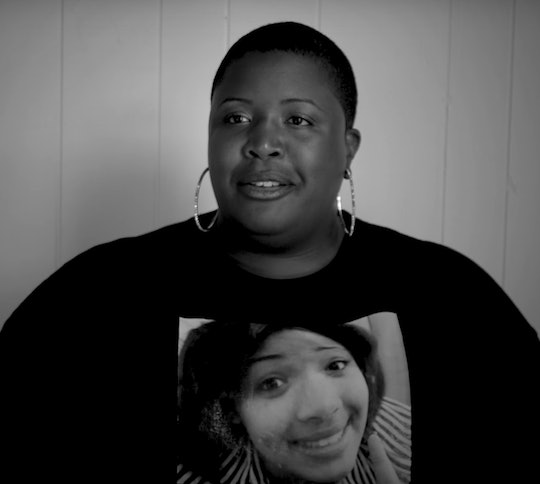 Who is Cleopatra Pendleton-Cowley? Hadiya Pendleton's Mother Will Speak At The DNC

Before January 2013, when an assailant shot and killed 15-year-old Hadiya Pendleton in a Chicago park, the honor student's mother was largely unaware of the intricacies of the country's gun laws. But when Cleopatra Pendleton-Cowley addresses the Democratic National Convention this week, she'll convey her anguish and experience advocating for stricter gun control laws that may have saved her daughter. She'll join join the heartbroken roster of "Mothers of the Movement" who will be detailing their experiences having lost their children to either gun violence or police brutality.

Hadiya Pendleton was a high school sophomore, volleyball player, and band majorette, CBS Chicago reported. She had just finished her final exams and was hanging out with some friends in a park when a gunman jumped a fence and began shooting at them, ostensibly with gang-related motivations. Hadiya, though, had never been involved with gangs; in fact, she'd performed at President Barack Obama's second inauguration in Washington, D.C., with her high school band just days before.

In a New York Daily News op-ed nearly three years after her daughter's death — and after she stood with the Obama as he announced he'd take executive action to reduce gun violence — Cleopatra Pendleton-Cowley reflected on that fact:

For any child, this would have been the experience of a lifetime. But Hadiya should have had the chance to experience countless other accomplishments and milestones — and she would have if her life had not been cut short by gun violence.

In 2014, along with her husband, Nathaniel Pendleton, Pendleton-Cowley launched "Hadiya's Promise," a nonprofit foundation dedicated to mitigating the impact on gun violence in the United States by supporting the work of like-minded organizations like Amnesty International and Everytown for Gun Safety. The foundation's website lists sobering statistics on gun violence ("On average, 32 Americans are murdered with guns every day and 140 are treated for a gun assault in an emergency room," according to the Brady Campaign to Prevent Gun Violence) and reflects on the fact that Chicago is among the especially dangerous cities — even for someone like Hadiya, who "was in the right place, doing the right thing," when she was killed, as her mother told NPR shortly after she died.

In 2015, Pendleton-Cowley appeared in a rap video called "Put the Guns Down," a collaboration among rappers The Twilite Tone, Common, King Louie, and Lil Herb:

The video's anti-violence message is heartbreakingly reminiscent of one Hadiya Pendleton appeared as a sixth grader in 2008, encouraging her classmates not to join gangs:

At the DNC Tuesday, during an evening themed "A Lifetime Of Fighting For Children And Families," Pendleton-Cowley will speak among other grieving mothers, such as Lezley McSpadden, whose son, Michael Brown, was killed by a police officer in Ferguson, Missouri, in 2014, and Gwen car, the mother of Eric Garner, another unarmed black man killed by police. Trayvon Martin's mother will also speak, likely about the fact that her son was killed by a neighborhood watch volunteer in his own Florida neighborhood. The killer, George Zimmerman, was acquitted of his charges in 2013, but many believe that his decision to follow and subsequently shoot the teenage Martin, who was black, was racially motivated.

Martin's story affected Pendleton-Cowley, especially in light of her daughter's death, and made her fear for her own young son, as she explained to MSNBC in July 2013:

I have a son that I am raising in this environment, under these circumstances. So now I have a youth that is not at risk because I’m raising him with certain value systems, but he is at risk of being viewed a certain kind of way. I have to do things and be boisterous to protect him before he gets to where he’s going to go independently, walking down a street on his own with certain privileges and being misidentified as someone else. Right now he’s 11. The Martins have already suffered and that’s an awareness for the rest of us.

Her remarks of nearly three years ago resonate even more resoundingly today, as the country deals with the distrust between law enforcement agencies and many African Americans. Police violence and gun violence may be two separate issues, but they both caused the women presumptive Democratic nominee Hillary Clinton invited to speak at the convention horrible grief. As they come together to address these societal problems at the DNC and beyond, perhaps their experiences and their tenacity will inspire some real change and healing.