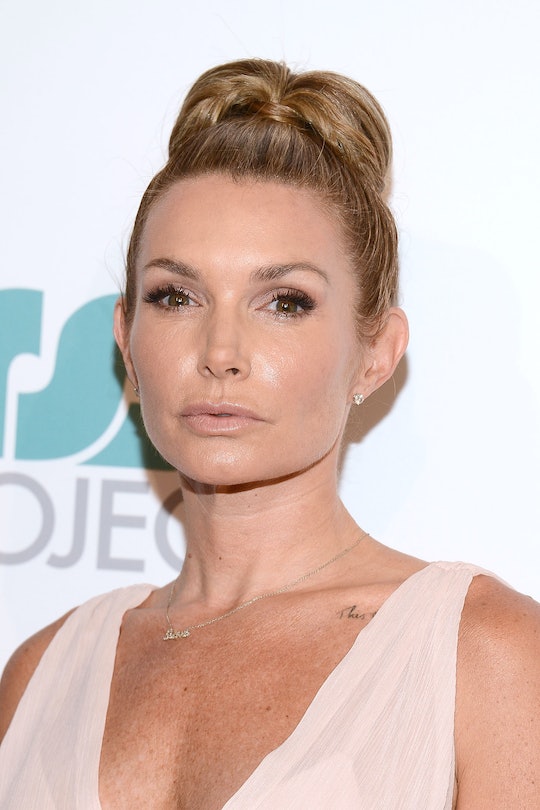 Eden Sassoon & Her Ex Are Still On Great Terms

Whenever there is a new cast member or a new "friend" added to The Real Housewives of Beverly Hills, there are tons of things viewers want to know about them. Mainly, how much they're worth and who they're married to that qualifies them to be a part of the show. So who is Eden Sassoon married to on The Real Housewives Of Beverly Hills? The couple is divorced now, but she has an extremely healthy relationship with her ex-husband. She definitely gives all divorced families separation goals, with the way she continues to support her ex in everything he does and the way she's embraced his current wife as well.

Eden Sassoon's husband on RHOBH is now her ex, but he's Tomer Devito, the president of Native Pictures, LLC, a production company in L.A. The former couple, who share two children, divorced back in 2008, but currently share their lives together where the kids are concerned. In 2016, Tomer and his current wife and youngest child went with Eden and their two children to Capri, where they spread her late father's ashes, and they've vacationed so much together that you would never guess that they're ex-husband and wife. In fact, there have been multiple instances where Eden has taken the time to give shoutouts and proclamations of love via social media to his current wife, calling her a sister wife, so yeah, I'd say they're all in good standing.

On the website, Tomer's production company Native Pictures, LLC, is described as "a creative boutique" that is "able to fully immerse our staff in the work we produce. No matter the project, our clients receive hands-on focus and the full attention of our entire team." Not only do they produce and direct commercials, but they also have tons of projects in the way of short films and independent films.

After he opened his own production company in 2008, Tomer worked as an executive producer on several different projects. He's listed as an executive producer of the mystery series Bright Falls and the most recent short film he produced from his own company was a 2013 short called Three Hours Between Planes. Tomer's Instagram is full of different videos and photos from being on location and he never seems to not be working unless he's spending time with his family. And yes, at times that includes Eden too, which is pretty perfect.

Eden's husband on RHOBH might be her ex and might not be featured all that much, but he's obviously still an important part of her life, and somehow they've managed to find the healthiest medium for all involved. These two are definitely parents to admire.