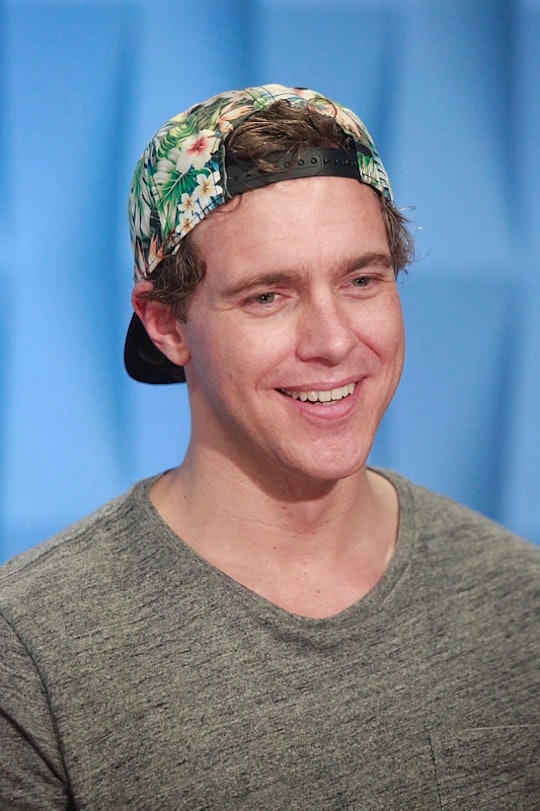 Who Is Frank Eudy's Dad? The 'Big Brother' Houseguest Has A Famous Dad & It Won't Help Him

It's never been a big secret that Frank from Big Brother has a famous dad. It hasn't been announced this season though, but those who know Frank from his past Big Brother life, know very well who he is related to. So who is Frank Eudy's dad? The Spy Girls think they've cracked some insanely clever plot twist to add to the other twists of Big Brother 18 and figured out that Frank has a famous dad. It's actually kind of surprising that Frank hasn't used the fact that he has a famous dad to make him even more popular this season, but maybe that will be saved for a Hail Mary. Because you know he'll need one at some point.

Frank's dad is actually former World Wrestling Federation (WWF) and World Championship Wrestling (WCW) wrestler Sid Vicious. In his heyday, he went by a number of names, including Sid Justice and Lord Humongous, but Sid Vicious is one that most wrestling fans can still remember today.

Frank's dad is proof that Frank could probably tussle with the best of them, should he ever need to, although Big Brother wouldn't love that. If you remember watching Frank on Big Brother 14, then you remember his not-so-humble brag about his famous dad. Maybe it was to make himself appear cooler to the other houseguests, or get more attention overall? In any case, he was never shy about it before, so it's just a little surprising that it took this long for anyone in the house (who didn't already know) to put it together that Frank has a famous dad. Maybe he just assumes the houseguests know it already.

Frank revealed on Big Brother 14 that at the time, he wasn't super close with his dad anymore, but four years can change things and judging by Frank's Instagram, he's still in close contact with is family. So, who is Frank Eudy's dad exactly? He may not be a wrestler anymore, but he was one of the big ones. Literally and figuratively.

He Wrestled With The Likes Of Hulk Hogan

In Sid's bigger days of pro wrestling, he worked with big name wrestlers like Hulk Hogan, The Undertaker, and Jake "The Snake" Roberts. He also wrestled for almost 20 years, earning him a certain legendary status, even if he eventually dropped from the public eye. Sid and Hulk fought in a huge match at the eighth WrestleMania, resulting in Hulk taking a long break from wrestling.

Today, we know the WWF (World Wrestling Federation) as WWE and the WCW was actually absorbed by it, but Sid Vicious wrestled for both companies in his time. From 1989-1991, he worked with WCW, and then went on to the WWF from 1991-1992, returning to WCW just a year after and staying there until he spent another year with the United States Wrestling Association in Memphis. He would go on to go back and forth between the WCW and WWF until his retirement in 2001.

An Injury Forced Him Into Retiring

At a WCW pay-per-view wrestling event, Sid Vicious performed a maneuver that resulted in him breaking his leg in half, which is every bit as awful as it sounds (seriously, click at your own risk). During his surgery following the match, a 17-inch rod was put in his leg, forcing him to walk with a cane for awhile afterward. With a year left in his contract, he basically had no choice but to wait it out and be done with wrestling as a sport afterward. He did return briefly in 2012, but at that point, the candle had burned out.

He Was In A Few B Movies

As to be expected, Sid Vicious wasn't one to be wiped out of the public eye right away. The 2000 David Arquette movie Ready To Rumble featured Sid and in 2011 he starred opposite a few other wrestlers in the horror movie Death from Above and then River of Darkness. Neither were blockbusters, but they kept Sid Vicious in show business just a little longer.

Today, Frank Eudy's dad lives a quiet life with his longtime wife in their Arkansas home, supporting Frank on Big Brother 18. Despite having a famous dad, though, Frank didn't win Big Brother 14 and it probably won't help him now. He's been disrespectful of many of the female houseguests, intent on evicting said females, and all about controlling Bridgette as current HOH. But his true nature is slowly being revealed to the other houseguests of Big Brother 18 and just because Frank has a famous dad, it won't mean that he'll be exempt from being a target himself.