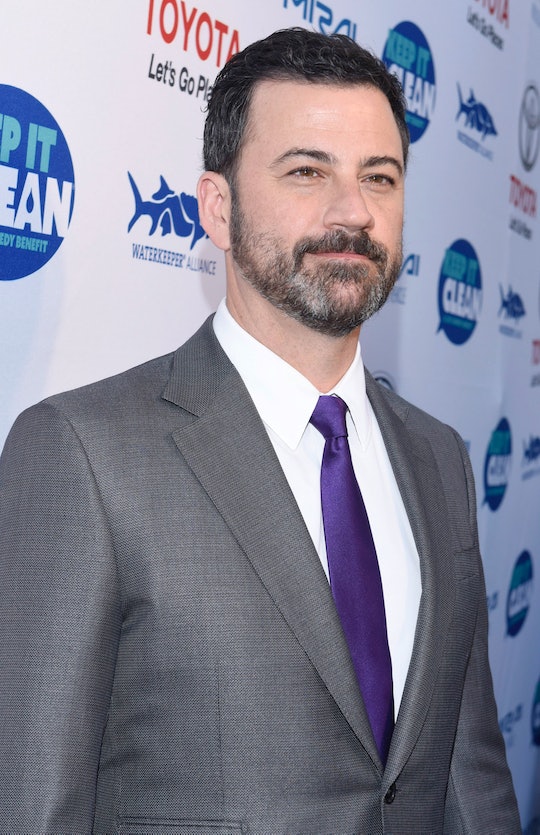 Who Is Hosting The 2016 Emmy Awards? Another Late Night Talk Show Host Takes The Reins

Every year, the Emmys are hosted by a different network, circulating between the four broadcast networks and this year brings us back to ABC, where Jimmy Kimmel hosted in 2012. So who's hosting the 2016 Emmy Awards? Since the network has circulated back to ABC, it will be Kimmel again, who has been the host of Jimmy Kimmel Live! since 2003, making it the network's longest running late night talk show. If you remember, Jimmy Fallon hosted the Emmys in 2010 when he was working on Late Night With Jimmy Fallon, and Seth Meyers, host of Late Night With Seth Myers, did the job in 2014. While every host in the past few years hasn't necessarily been of the late night talk show host variety, it's still no real shocker that Kimmel was asked back to host the Emmys again.

Jimmy Kimmel Live! is one of the nighttime talk shows that produces new episodes year-round, making him seem less than available to prepare himself for hosting the Emmys on September 18, but obviously having a full-time gig isn't going to get in the way. Back in 2012 when Kimmel hosted the Emmys last, his monologue was full of the kinds of jokes we all expected, from political comments to pop culture references. Hosting the Emmys again when there is yet another election should find Kimmel with a whole new set of jokes about our favorite and not so favorite presidential candidates.

We probably won't get the exact same jokes or the same monologue at all, but this is like part two of Jimmy Kimmel's time hosting the Emmys, since there are, once again, insanely stellar shows out right now and there is yet another presidential race going on. There's a reason they choose comedians for the host of the Emmys though, and the past five hosts have all been funny people in their own right with monologues, jokes, and musical numbers to make the Emmys about more than announcement after announcement. And we expect nothing less from Kimmel when he hosts the Emmy's again this year.

There have been times in the past when it was apparently necessary for more than one host to head up the Emmys, but given Kimmel's track record with his late night talk show and the award show itself, it was obviously never even considered as an option. The Emmys air on ABC at 8:00 P.M. EST. on September 18 and the Emmy nominations will be announced on July 14.