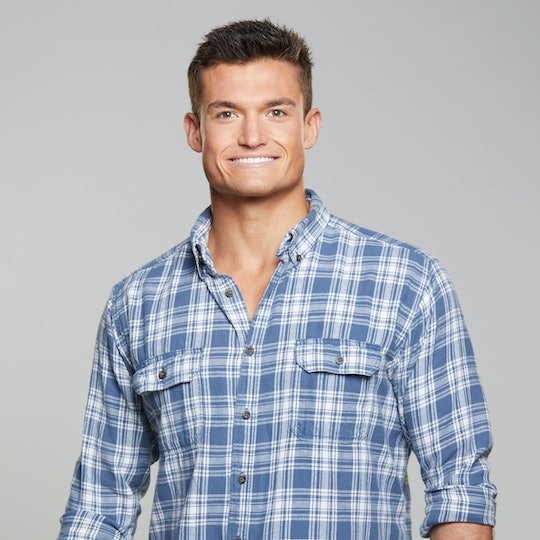 One of the things you need to get far on Big Brother is confidence and judging by all of Jackson Miche’s pre-season interviews, I would say he has that in spades. Maybe not to the level of Swaggy C, where it could jeopardize his future on the show, but definitely at the same level as Brett from last least, who lasted quite a while before he was blindsided and voted out. But there is more than confidence to who Jackson Miche is on Big Brother.

Per his Big Brother bio, Jackson is from Nashville, but currently lives in Los Angeles, where he works as a bartender and server. But he also has experience in sales, which he says will help him go far with the other houseguests. "If there's one thing I'm good at, it is connecting with people, reading them, and selling them on whatever it is I'm trying to get them to buy into," Jackson said in his bio.

He’s also physically active and spends some of his free time hunting. I highly doubt that there will be any actual hunting-themed competitions this season, but Jackson’s outdoor skills and sales experience could lead to a strong physical and social game at the same time. He also went to the University of Tennessee, where he studied political science and pre-law, so he likely knows his way around an argument. It’s safe to say that Jackson has the potential to dominate almost all areas of the game.

Jackson’s passions seem to lay with fitness and sales, but he is also a gambler. He pointed out in his pre-season interview with Jeff Schroeder that the odds of him winning Big Brother are too high not to go for it and give it his all. And whereas some players might want to shy away from the pressure of winning the first head of household competition, Jackson's strategy is to go in with the expectation of winning it right off the bat. That’s pretty risky, if you ask me. Jackson seems to know exactly what he’s doing, however.

When he’s not competing for half a million dollars on national television, Jackson remains close to his family and has strong ties to his faith. He said in his Big Brother bio that one of the things he would like to take into the house with him would be an iPad or tablet to watch Sunday morning mass. And he wrote a heartfelt birthday message to his mom on Facebook, where he called her "the best mom that any son could ask for." All together now — aww.

Jackson might have a strong familial upbringing and strong morals outside of the house, but he assured Jeff in his Big Brother interview, he is on the show for one reason, and that is the $500,000 prize at the end of it all. He admitted that he might even lie about being someone’s best friend in the house in order to benefit his own game and that he is not there to make friends or be part of any showmances. Honestly, that might still happen. But Jackson just isn't about that life and you have to respect the fact that his head is already very much in the game.

He said that competing on Big Brother has been a dream of his and his mom’s since he was a kid, so this has been a long time coming. It’s hard to say if Jackson has the right strategy to go far with this particular cast of players, but from where I stand, his confidence should be enough to get him off on the right foot.