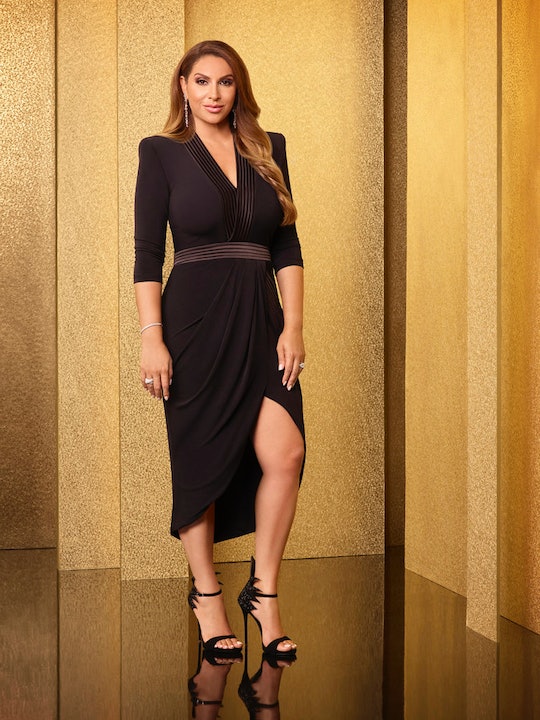 Jennifer Aydin Is Trying To Arrange Her Brother's Marriage On 'RHONJ'

Jennifer Aydin on The Real Housewives of New Jersey has spent the last 13 years being a devoted wife and mother and the dual role has suited her fine. The one time she stepped out of her comfort zone to arrange her brother's marriage, however, she received some backlash from her co-stars. But who is Jennifer Aydin's brother on RHONJ? Like Jennifer, Michael was born into a traditional Turkish family but was grew up in the United States. Luckily, he’s held onto their traditions and welcomed Jennifer's help in arranging his marriage to a friend of hers whom he met years ago.

Jennifer explained on RHONJ that their family has had successful arranged marriages for generations and that her marriage was arranged too. Outside of wanting a wife to settle down with, however, Michael runs the family business in New Jersey. When their father stepped down, he appointed Michael as the one to run their jewelry store for the foreseeable future. I have a feeling that getting his hands on the perfect engagement ring won't not be difficult for Michael. He hasn't said much in the few scenes he's been featured in on RHONJ, but his apparently arranged marriage is a big part of Jennifer's storyline this season, so I suspect viewers will be seeing Michael a lot more.

Jewelry making is the family business multiple times over. Not only did Jennifer and Michael's dad start their family business decades ago, but they have cousins who are also jewelry designers and Jennifer’s father-in-law is in the business. John Michaels Jewelry is currently run by Michael and, according to the website, it was something he always planned to do.

He visited the family's jewelry store as a kid and eventually worked there as a teenager until he began to travel around the world to learn more about jewelry, making it, and finding the right pieces for the right prices. Michael studied and graduated from the Gemological Institute of America in California to become a Certified Diamonds Graduate and eventually run the family business. The natural next thing for him to do now that he's ready is to settle down with a wife. As Jennifer so eloquently said on RHONJ, he’s "no spring chicken."

Unfortunately, Michael has very little social media presence. What appears to be his Instagram has one photo from Nov. 11 of him hard at work. That does shows how serious he really is about keeping their family business successful and his work ethic certainly says husband material to me. Jennifer explained that the marriage she's arranging isn't based solely on knowing two single people, but instead it's the fact that they met years ago and expressed interest in each other. Their marriage may be arranged, but neither seem to be protesting to Jennifer's involvement. If Michael's potential romance is anything like Jennifer's, there will be a wedding before the season is over.

Jennifer wrote in one of her Bravo blogs that after her first few dates out with husband Bill Aydin, they both knew it was headed toward marriage. He even started referring to her as his fiancée before he officially proposed. It was a whirlwind romance but one that Jennifer said felt natural and real right off the bat. Hopefully her brother Michael can find that with her friend.